Photos and Context on Oil Sands

From a post on the Climate Progress website (cross-posted on Grist), on the environmental effects of Canadian oil sands production:

“Extraction of Alberta's energy-intensive tar sands has expanded steadily in recent years, with about 232 square miles now exposed by mining operations. Tar-sands production is expected to double over the next decade, which could mean the destruction of 740,000 acres of boreal forest …”

The post includes photo comparisons – purportedly depicting the before and after of oil sands development. It looks/sounds dreadful. One commenter to the site writes, “What a beautiful country it was …”

Actually, Canada still is a very beautiful country, including Alberta’s oil sands region. Lacking in the Climate Progress post is valuable context. There’s this from Yale University’s School of Forestry and Environmental Studies:

“Canada’s boreal forest stretches from British Columbia to Newfoundland, covering 2.2 million square miles, an area nearly 60 percent the size of the United States, including Alaska. Much of Canada’s boreal is intact, making it — along with the Russian taiga and the remaining, undisturbed portions of the Amazon — one of three great tracts of forest on the globe.”

OK, let’s do the math. Multiply 2.2 million square miles by 640 (the number of acres in a square mile). That comes to 1,408,000,000 acres of boreal forest in Canada. Now, divide 1.4 billion by 740,000 and you get 0.05 percent – as in five-hundredths of a percent of Canada’s boreal forest could be affected if the country’s oil sands resources are fully developed.

A couple of other things the Climate Progress post leaves out. First, Canadians are very protective of their environment, and by law oil sands development areas have to be restored to their natural state by companies operating there. Suncor, for example, has developed a way to reclaim its tailings ponds, as well as a process that will eliminate the need for tailings ponds altogether. Here’s a photo of a former tailings pond – transformed into a lush meadow with hundreds of thousands of tree seedlings planted. 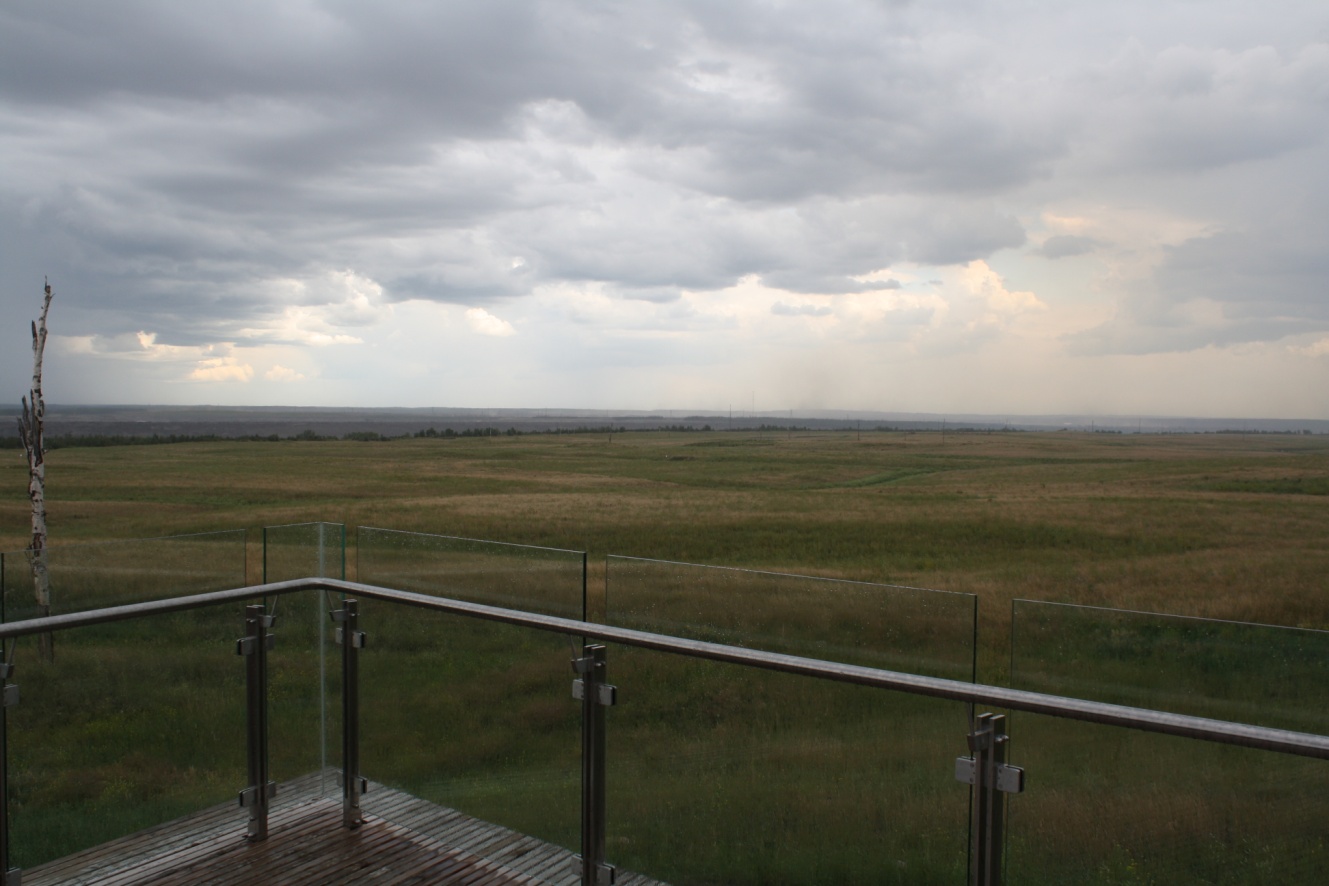 Bottom line: For a small, temporary footprint in Canada’s vast boreal forest, we get stable energy from a friend and ally and job creation, right here in the United States.