One of the most important things to know about producing oil on federal lands is that it takes time. Lots of it. As this chart developed by API illustrates, it’s up to a decade from the time a lease is won at auction to the first actual production of oil. If you include pre-lease sale studies and evaluation, which have to be done before companies bid on federal leases, that’s a couple more years. 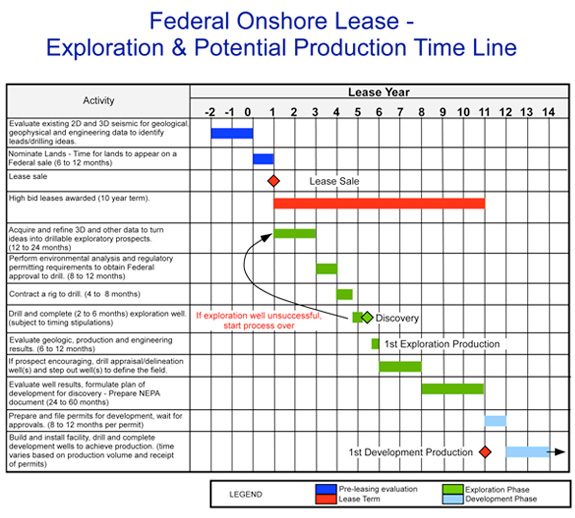 The point here is that the production gains the country is seeing now date to a process that started up to a decade or more ago. You don’t just flip a switch and suddenly oil starts flowing.

This timeline also has implications for future production, given current federal data that show leasing acreage on federal lands at its lowest point since 2001 – declining from 47 million acres in 2008 to 38 million acres in 2011 – and that the number of leases in effect also has declined.