According to a new API report, the U.S. oil and natural gas industry’s workplace safety record measures favorably with the private sector – reflecting the industry’s commitment to providing safe and healthy work environments for its employees.

The report includes 18 charts and tables comparing non-fatal injury and illness rates for the oil and natural gas industry (and its various sectors) to the rates of other U.S. industries and sectors. The charts and tables are based on data from the Bureau of Labor Statistics’ Survey of Occupational Injuries, Illnesses, and Fatalities, the Bureau of Ocean Energy Management, Regulation and Enforcement and the Pipeline Hazardous Materials Safety Administration. You can go to the report to learn more about the definitions, classifications and methodologies.

Here’s a quick look at the high points, starting with a chart that shows annual rates of injuries/illnesses, per 100 workers, for the oil and natural gas industry (orange line), compared to the U.S. private sector as a whole (blue line): Chart No. 2 splits out individual oil and gas sectors – such as exploration and development, refining and pipeline transportation – and compares their injuries/illnesses per 100 workers (orange or brown bars) with comparable U.S. sectors – those that use processes similar to the oil and gas industry to produce their goods and/or services: 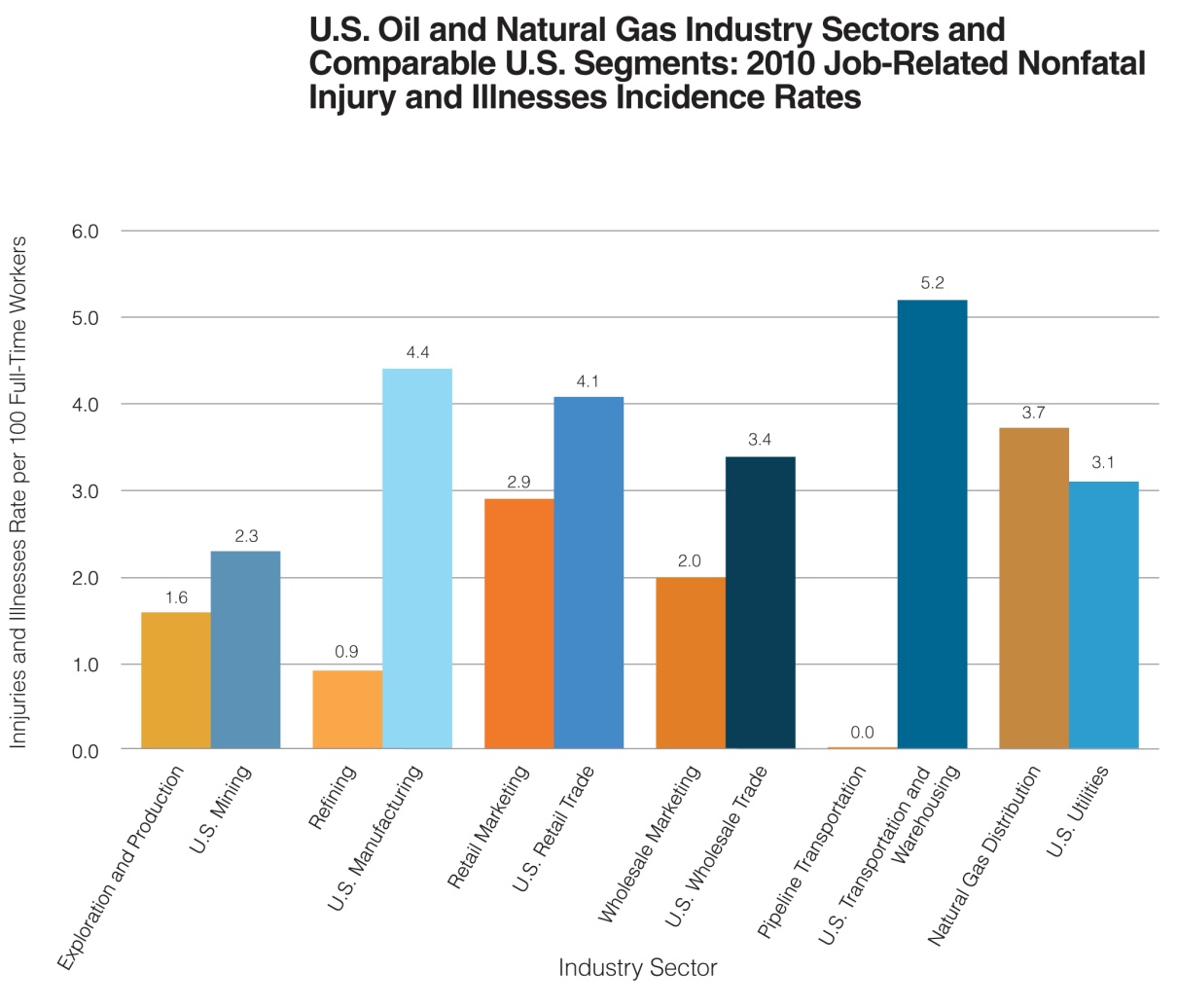 This last chart looks a little like rush-hour traffic, but click on it for a larger view and you’ll see it shows the oil and natural gas industry’s injury/illness rate with various non-comparable industries: 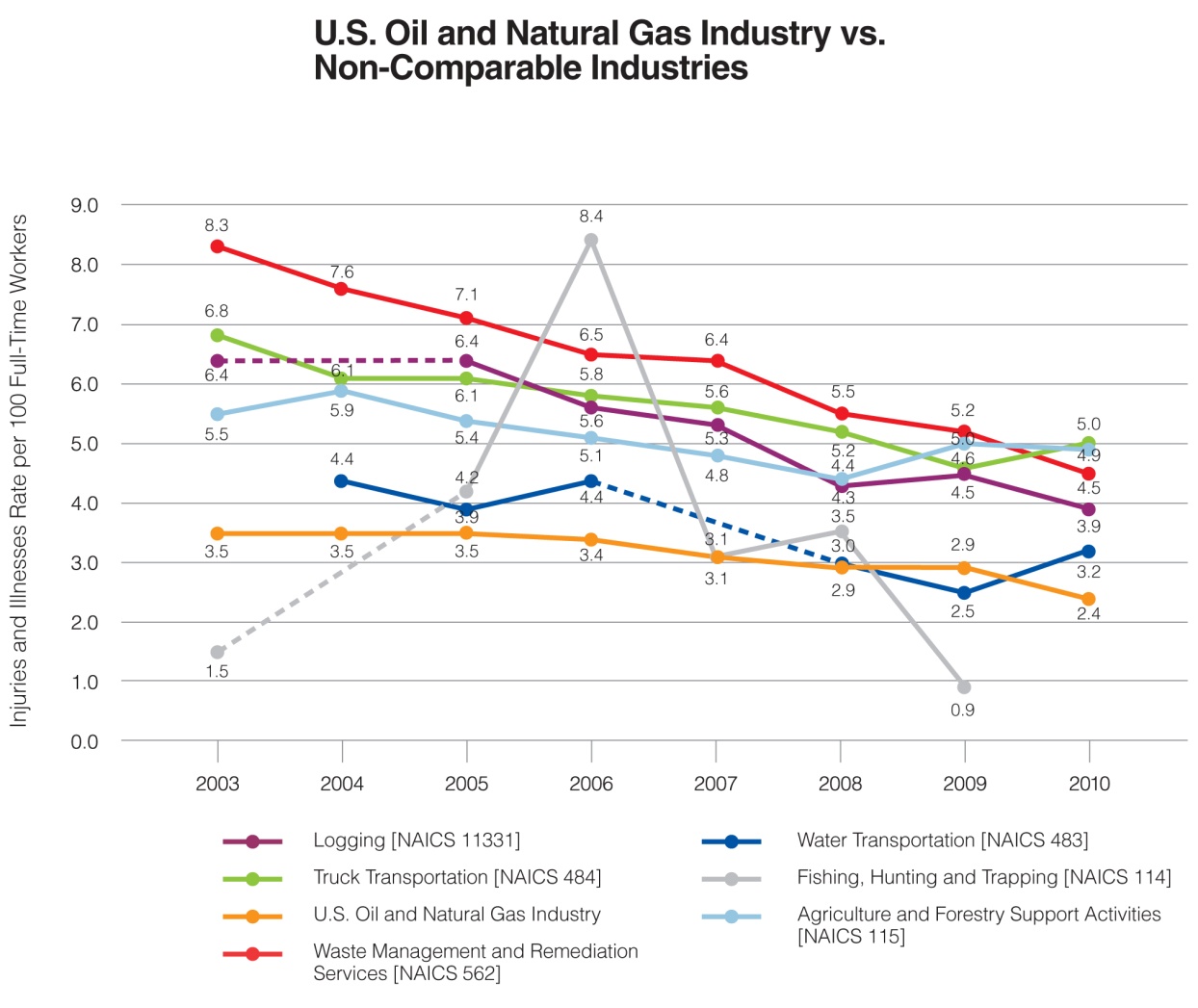 The takeway, again, is that the oil and natural gas industry’s commitment to a safe workplace is earning it a favorable comparison with other industries and sectors – with an injury and illness incident rate that consistently improves on the private sector average.

Let’s wrap things up with a video on industry workplace safety by the Western States Petroleum Association: