Interesting chart in this Bloomberg BusinessWeek post on falling crude oil prices, which also makes the point that the United States is sitting on more oil supply than it has since 1990. 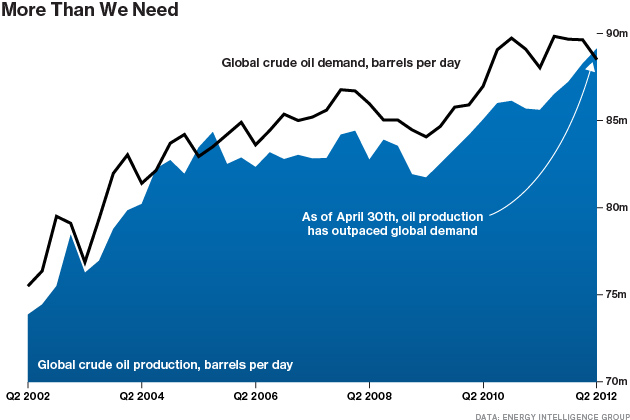 Now check out this chart, which shows where U.S. liquid fuels production could be with increased access to our energy resources – including the outer continental shelf off both coasts, the eastern Gulf of Mexico and the Arctic National Wildlife Refuge. The difference between U.S. production (dark blue part of each bar) in 2010 and 2030 is what – something like 7 million bpd? The point is that with increased access to domestic resources, the United States could have an effect on world supply that’s approximately equal to the growth in global output the past few years. Supply matters.