Fracking and a Geothermal Energy Revolution

In the news: Projects are advancing that use hydraulic fracturing to crack “hot rocks” thousands of feet below the earth’s surface and turn them into geothermal energy-producing zones. Some say it could start a revolution in electricity generation.

Certainly, this map from the Energy Department’s National Renewals Lab, posted on the EnerGeo Politics blog, suggests there’s lots of hot-rock energy beneath the United States – especially in the West: 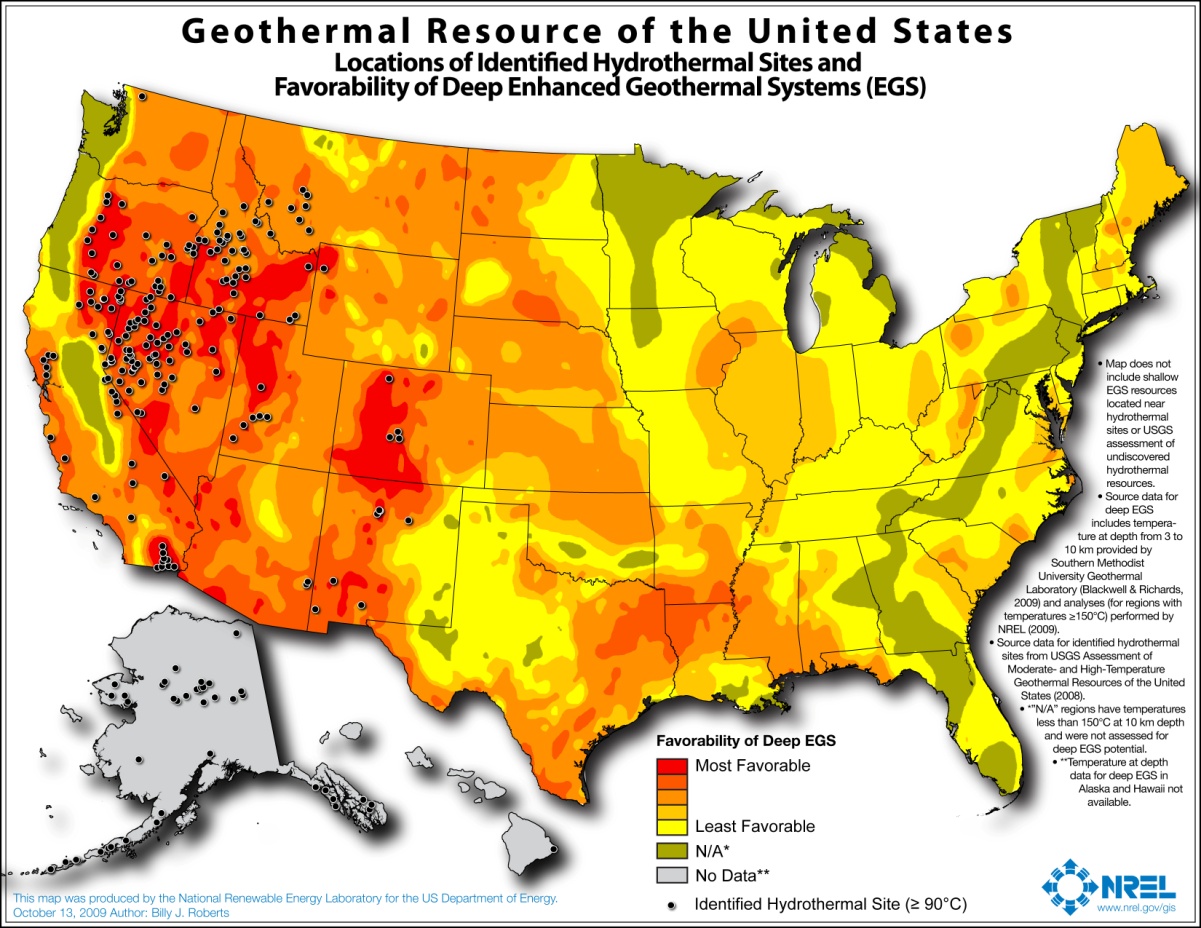 The blog highlights one geothermal fracking venture – linking to this article by E&E Greenwire that describes how highly pressurized water can fracture hot rocks, through which water later can be pumped, heated and reclaimed for electricity generation:

"AltaRock will inject 24 million gallons of water at roughly 46 degrees Fahrenheit into these hot rocks to build a large network of small cracks. If all goes according to plan, the company will be able to circulate water through the rock and suck it out of newly drilled wells, scalding hot and ready for use in an eventual power plant."

Even though it’s geothermal energy, this version of hydraulic fracturing has opponents – who sound and act like those who oppose fracking to develop clean-burning natural gas. In Oregon, where AltaRock plans operations, some are complaining despite a wealth of field experience that shows fracking is safe. E&E quotes Linda Christian, the Bureau of Land Management project manager: