The United States of Red Tape

In terms of energy development – we are a nation bound up in red tape. The graphic below hardly exaggerates the current state of play:  By federal policy and regulation we’re self-limiting the dynamic potential of America’s domestic energy wealth. 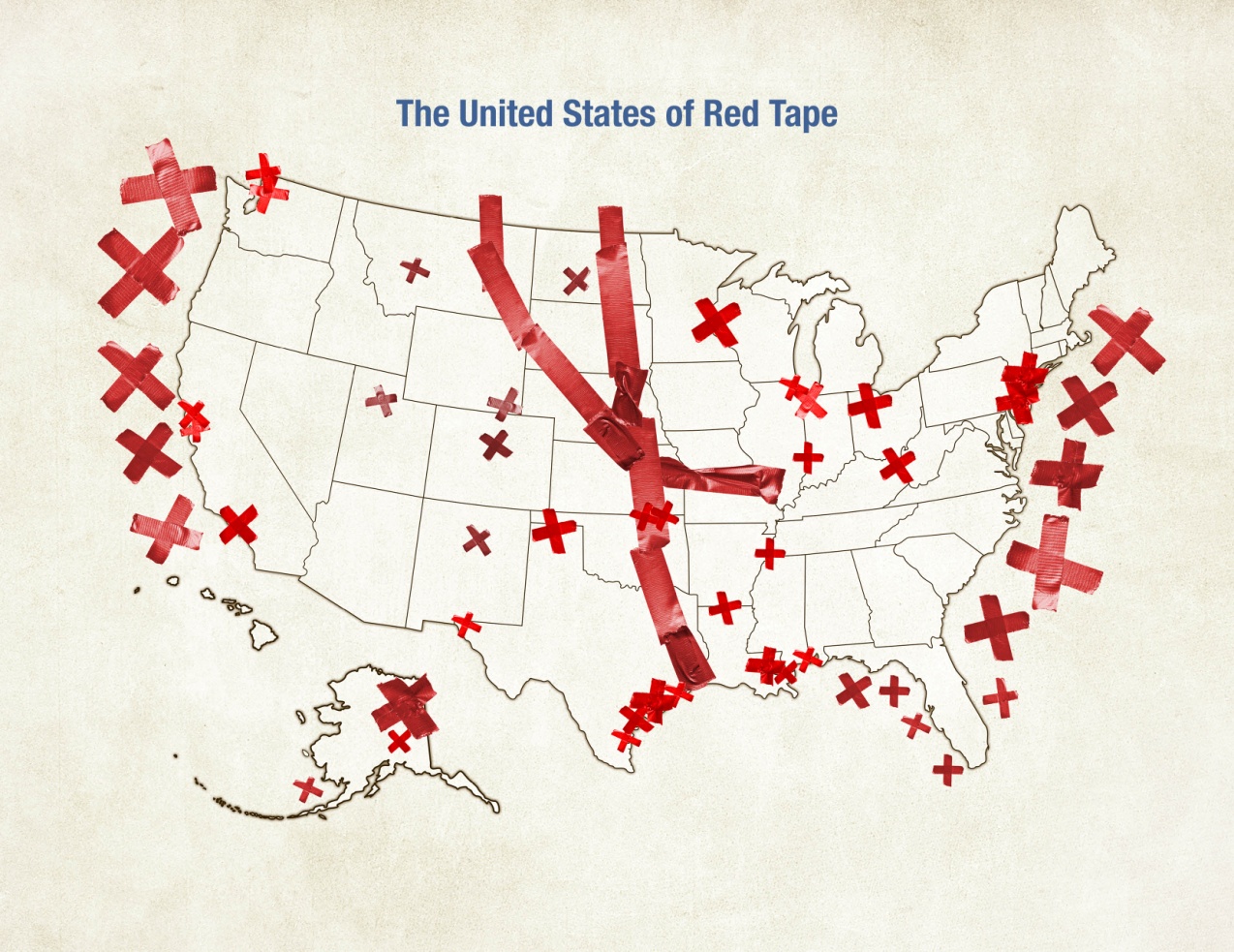 “We hear talk about an ‘all of the above’ energy strategy, but in practical terms of removing the obstacles that are standing in the way of American made energy, this strategy has translated into ‘none of the below.’  We need action today to make sure we have the energy we will need tomorrow.  There are dozens of measures, large and small, that Washington could and should pursue.”

Here’s what he’s talking about – 10 opportunities for economic growth and job creation through an energy strategy that’s realistic, broad and visionary:

That’s quite a list, but implementing a strategy for American-made energy, one that makes us more secure and self-reliant, isn’t as complicated as it may seem. Gerard:

“We need to see more than lip service from Washington about ending this stranglehold on economic growth. And this is what people are paying attention to, and this uncertainty is having a detrimental effect on investment in the economy and investment in American workers.”

Energy isn’t a partisan issue, it’s an American issue. Regular Americans can and should get involved. One way is to pledge support for American-made energy by signing this online pledge furnished by our friends at Energy Citizens.