Energy wealth – The United States sits atop some of the world’s greatest oil and natural gas resource deposits, onshore and off (chart). A recent study by IHS Global Insight depicts the game-changing nature of U.S. unconventional oil and gas – trillions in potential new capital spending, job creation and energy production between now and 2035. Combined with more conventional resources the U.S. certainly is energy blessed. Energy wealth means America’s future can be one of prosperity and opportunity instead of scarcity and restrictions.

Oil and natural gas – The greatest energy resources ever discovered and developed have facilitated modern life as we know it. Our world is accessible because of oil and gas. It’s more hospitable because of products made from oil and gas. We’ve linked to this list compiled by PBS before, but life without the materials, conveniences, protections and more – all afforded by petroleum-based items – is almost unimaginable. Underscoring the point earlier this year, blogger Steve Maley wrote that “If you’re not a fan of natural gas, you’re a fan of mud huts.” Affordable, reliable energy from oil and natural gas is a blessing of almost indescribable proportions. 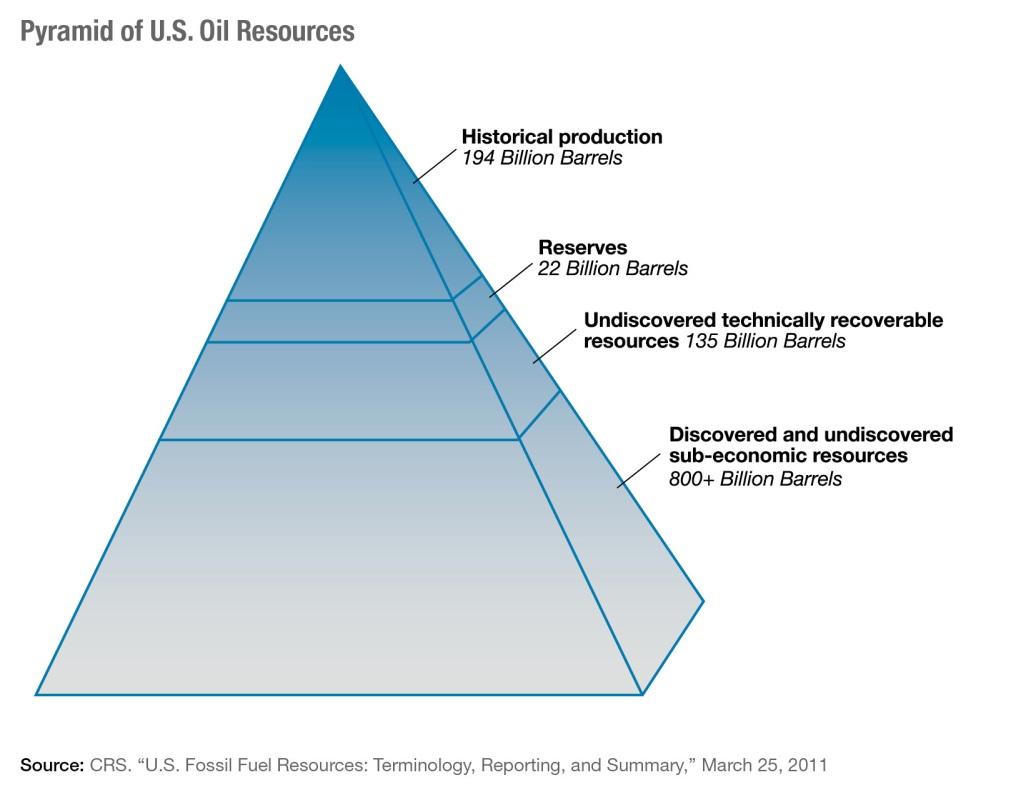 Innovation – From the marriage of hydraulic fracturing and horizontal drilling that have unlocked vast deposits of natural gas and oil in abundant shale, to greenhouse gas-reducing technologies that help protect our environment, oil and gas industry innovations are keeping us well-supplied with the energy needed to run the economy and our daily lives. For example, fracking represents a production bonanza (again, see the IHS study), yet innovators continue to find ways to make it safer and cleaner, with improved drilling and casing methods and measures that conserve and/or recycle water – or do without water altogether. Meanwhile, industry is the leading investor in technologies that reduce greenhouse gas emissions, far surpassing the federal government and other private industries.

And new technologies have made the hunt for oil and natural gas more precise and less disruptive than ever before. Old oil fields are yielding new resources because of steam-assisted gravity drainage and other techniques. Strong companies – The oil and natural gas industry supports more than 9 million U.S. jobs and remained a job-creator during the recent recession. Analysis says that with increased access to American oil and gas resources, the industry could create more than 1 million new jobs before the end of the decade while generating $127 billion in added revenue for governments. Meanwhile, robust oil and natural gas companies are a financial boon to millions of Americans with pension funds, mutual funds, 401-K accounts and IRAs.

Finally, give thanks for the people of the oil and natural gas industry who work hard every day to find and deliver energy for the rest of us. Like any other industrial activity, it’s hard and sometimes dangerous work in places that often are remote and inhospitable.

Canada – That our No. 1 supplier of imported oil is a neighbor and ally helps tremendously in making our country more secure. We have an opportunity to strengthen that partnership through the Keystone XL pipeline, which would deliver more Canadian crude from Alberta to U.S. refiners (as well as crude from the Bakken field in North Dakota and Montana). Bonus: As the graphic below shows, U.S. trade investment with Canada brings a healthy return, nearly 90 cents on the dollar.

Public energy debate – It’s a real blessing to live in a country where important issues like energy can be vigorously debated in the public square. Our Vote 4 Energy campaign this year put important energy issues in full public view in an important election year. Critical issues of energy access and energy security were acknowledged by both candidates for president – building expectation that President Obama will follow through with commitments to increase domestic production of oil and natural gas. A healthy energy debate is good for the country since so much is riding on access to safe, reliable energy on a national scale. It’s a debate that continues – one in which our industry will surely remain engaged.