Safety at unmanned oil well sites is important to the oil and natural gas industry.  A key issue is safety at oil field storage tanks. Typically these are located in rural or remote locations – though oil and natural gas development is moving into more urban, more populated areas as well.  People who aren’t authorized to be on these sites should stay away from such facilities.

Standards developed by API and industry companies are designed to reduce the risk of accident, and improving them is an ongoing effort.  Standards that take safety into account are being studied as are efforts to expand education and outreach efforts. Existing standards address tank installations and maintenance and promote safe working conditions and operations.

State and regional industry associations have education programs to raise public awareness.  Good examples of efforts to increase safety awareness include those by the Oklahoma Energy Resources Board (OERB) and the Permian Basin Petroleum Association (PBPA).

OERB has three different programs – for students in elementary school, middle school and high school. The organization has safety folders, posters and television commercials focusing both on students and parents, with plans to add new commercials and a safety DVD for the state’s high schools. Here’s a screen shot of OERB’s site for children ages 6 through 12: The PBPA’s Safe T Turtle was adopted in 2003 as a public awareness campaign. Safe T Turtle costumes and presentation materials, including videos, are available for school use. The program has been promoted with a television and newspaper advertising campaign. 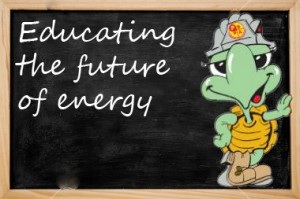