The RFS is Broken

Important testimony at a House hearing yesterday from U.S. Energy Information Administration chief Adam Sieminski on flaws in the Renewable Fuel Standard (RFS), including its mandates for increasing ethanol use.

Sieminski, who heads the government agency charged with counting and quantifying energy of all sources, testified before the House Energy and Commerce’s subcommittee on energy and power, basically saying the current RFS is broken:

Key is the second sentence in the paragraph above – that meeting ethanol mandates under the RFS can happen only if there are more avenues for its use than as a low-percentage blending agent in the E10 fuel that’s standard across the country today. Sieminski goes on to outline the challenges:

"With the possible use of higher-percentage blends such as E15 and E85, where ethanol provides a larger proportion of the energy in each gallon of fuel, one important behavioral question is when consumers start to notice the impact of ethanol’s lower energy content per gallon on the range provided by a tankful of fuel and factor that impact into their buying decisions. Experience in Brazil, where high-percentage ethanol fuels are widely sold, suggests that consumers consider energy content pricing rather than simply buying the cheapest gallons.” 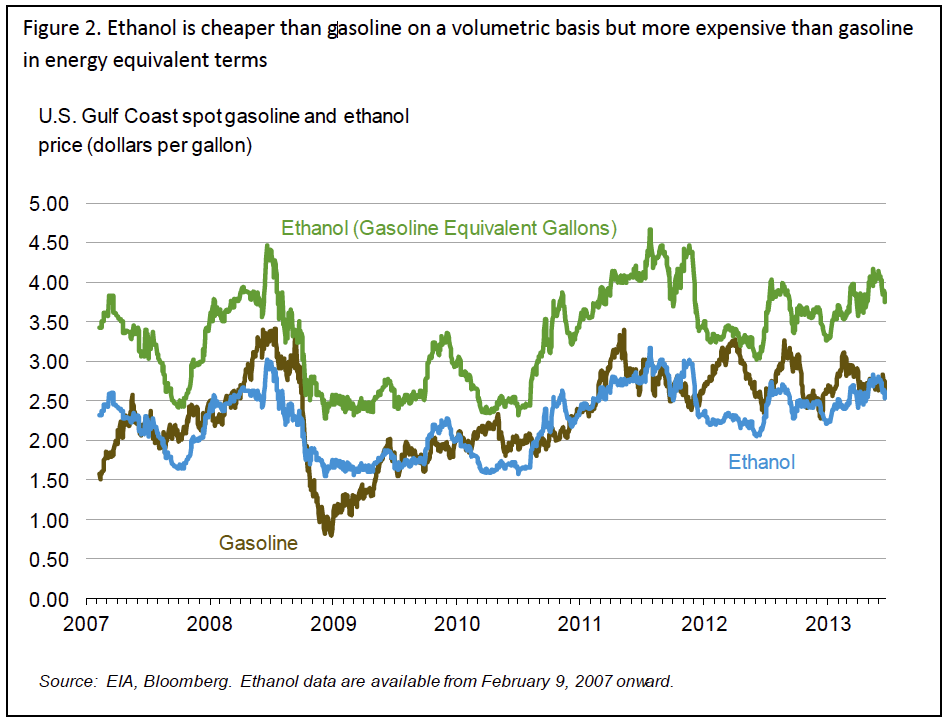 “Although EPA has granted waivers allowing the use of E15 in model year 2001 and newer light-duty vehicles, very few gasoline retailers currently offer E15 for sale to the public due to concerns related to automobile warranties, potential liability for misfueling, infrastructure costs, and consumer acceptance. … Without vehicle manufacturer incentives to produce additional FFVs and absent a strong consumer demand for them, which will depend on consistent E85 pricing that at least reflects its lower energy content, the potential for growth in the E85 will remain limited.”

“Recent and projected reductions in net import dependence primarily reflect the combined effects of the significant lowering in projected petroleum demand growth … and a more robust outlook for domestic petroleum production. Biofuels volumes in response to the RFS program play only a small part in reducing projected net import dependence given the expectation of continued use of ethanol as an octane and volume enhancer independent of RFS program requirements.”

Sieminski’s statements are significant in the current debate over the RFS. The program’s ethanol mandates could force refiners to blend levels of ethanol into fuel that could damage vehicle engines – which has raised concern with consumer safety groups like AAA, farmers, grocery manufacturers and others. Auto manufacturers have warned vehicle warranties won’t cover ethanol-related damage.

The RFS is broken, irretrievably, and should be repealed. EIA’s data reflects flaws in policy that will worsen over time. EIA Administrator Sieminski’s testimony is like a check-engine light flashing on the nation’s dashboard, urging attention and care to head off impacts on consumers as well as the national economy if the RFS remains in place.