A New England Coalition for Affordable Energy Survey released last week shows that nearly 80 percent of residents are concerned about the affordability of energy in New England. And it is no wonder, with all six states in the Top-10 for electricity costs: 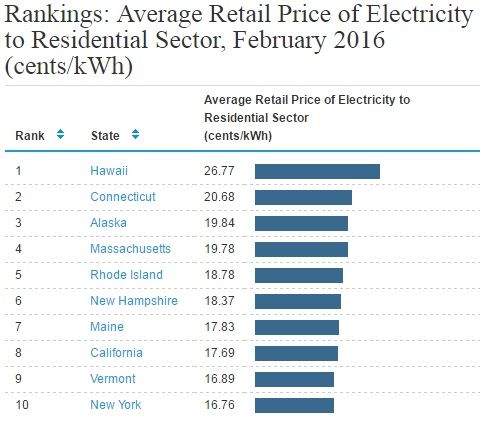 And in the Top-13 for natural gas prices: And the people are ready for action, as the Coalition explains:

A study from last August found that:

“Underinvestment in infrastructure due to external constraints ensures persistent and increasing energy prices and costs for the region. Such costs make it difficult for businesses to maintain competitiveness, which undermines the region’s ability to retain and attract jobs. In addition, higher costs reduce disposable income for families, affecting their quality of life.”

Many key points there, but one we want to focus on is “external constraints.” The benefits of infrastructure are well known, and we have workers who are ready to get to work, but more and more we see decision makers putting politics ahead of the public interest. And that isn’t good for workers or rate-payers, as Sean McGarvey, president of North America’s Building Trades Unions recently put it:

“There’s a consistent (pattern) to just deny any new infrastructure. It greatly aggravates the building trades – (a) because it’s our jobs and (b) not only is it our jobs, we’re rate payers. We’re paying those exorbitant rates for our energy costs, to our families, when we know it could done cheaper if sent over safe, reliable infrastructure put in place to bring down energy costs for everybody.”

And the costs in the coming years for New England could be going the opposite of down, more from the study:

To create jobs, continue progress in reducing emissions and ensure America’s homes and manufacturers have access to affordable energy, energy infrastructure should be a top priority. Private businesses are ready to invest and workers are ready to build, now politicians need to get out of the way.