Vote For Renewables, Too - Vote4Energy

The oil and natural gas industry’s continuous quest for new technologies and innovations – ensuring energy supplies that are affordable, reliable and better for the environment – makes support for renewable energy projects across the U.S. and around the world a good fit within an all-of-the-above energy strategy.

This union of renewable energy and the oil and gas industry has some history to it.  Chevron positioned itself as an early leader in renewables back in the 1960s with investments in geothermal plants. Other companies, including BP and Shell, joined in with investments of their own in solar and wind throughout the 1990s. Currently renewables account for approximately 13 percent of generation in the United States. According to the U.S. Energy Information Administration (EIA) that number is expected to grow to 18 percent by 2040. Being an oil and natural gas company with a renewable energy portfolio has become the standard, not the exception. Bringing the Latest Technology to Geothermal

Chevron partners with others to open a state-of-the-art geothermal plant in the Salton Sea.

Chevron has made significant investments in technologies that are helping solve a number of problems constraining the potential of geothermal energy.  In 2012, Chevron Technology Ventures (CTV) and a consortium of other companies built the John L. Featherstone Geothermal Plant, bringing the latest geothermal energy technology to California’s Salton Sea, one of the world’s largest and hottest resources.

The Featherstone plant is a carbon-neutral facility that takes superheated liquid from the earth and pressurizes it to generate electricity 24/7. While tapping the Salton Sea’s geothermal fields has been ongoing since 1982, the Featherstone plant uses new technologies to mitigate some unique challenges, like managing the iron-rich amorphous silica that’s a byproduct of the process. As it turns out, the silica can be useful in batteries, and the plant now is engaged in a side project to see if this “waste” can be repurposed to advance America’s commitment to renewable energy.

Baker Hughes, a leader in oilfield technologies, also is researching and developing geothermal energy. The company recently won two grants from the U.S. Department of Energy to focus on the development of enhanced geothermal systems (EGS). Both grants aim to reach untapped reservoirs that have the potential to supply 100,000 megawatts of energy within the next 50 years. Safely Using the Power of Wind

Shell’s Wind Energy contributes about 500 megawatts of renewable energy to the grid through eight joint venture projects in the United States. Earlier this year, Total announced an investment in the startup United Wind, which is focused on following solar’s model of bringing third-party financing to wind energy. And TransCanada owns more than 13,000 megawatts of power generation, including renewables like the Kibby Wind Power Plant in Maine.

BP’s global investments in renewables include wind farms across the U.S. These have added 1,556 megawatts of energy to power grids, saving more than 2.7 million tons of carbon emissions in 2015 alone. With these projects, BP is continuously looking for ways to improve its operations, including working with the U.S. Fish & Wildlife Service to minimize the impact of wind turbines on birds, other animals and local environments. 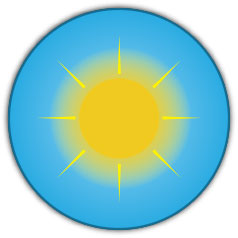 There are a number of oil and natural gas companies invested in solar technologies. Phillips 66 focuses on polymer-based organic photovoltaic cells, or OPV cells, since 2010. The cells can be printed, giving them the potential to be more affordable than conventional solar panels. In addition, they are transparent and can be used for windows, skylights or just about anywhere. The Phillips 66 team of more than 50 doctorate-holding scientists is getting close to making these cells viable for real-world applications by increasing their efficiency in low-light environments.

Chevron supports Project Brightfield at a former refinery site in Bakersfield, California, which evaluates emerging photovoltaic technologies for potential use at other similar facilities. At the same time, the project’s solar energy provides power for Chevron’s nearby oil and gas operations and the local grid. In 2011, Total also joined in on solar by investing in SunPower.