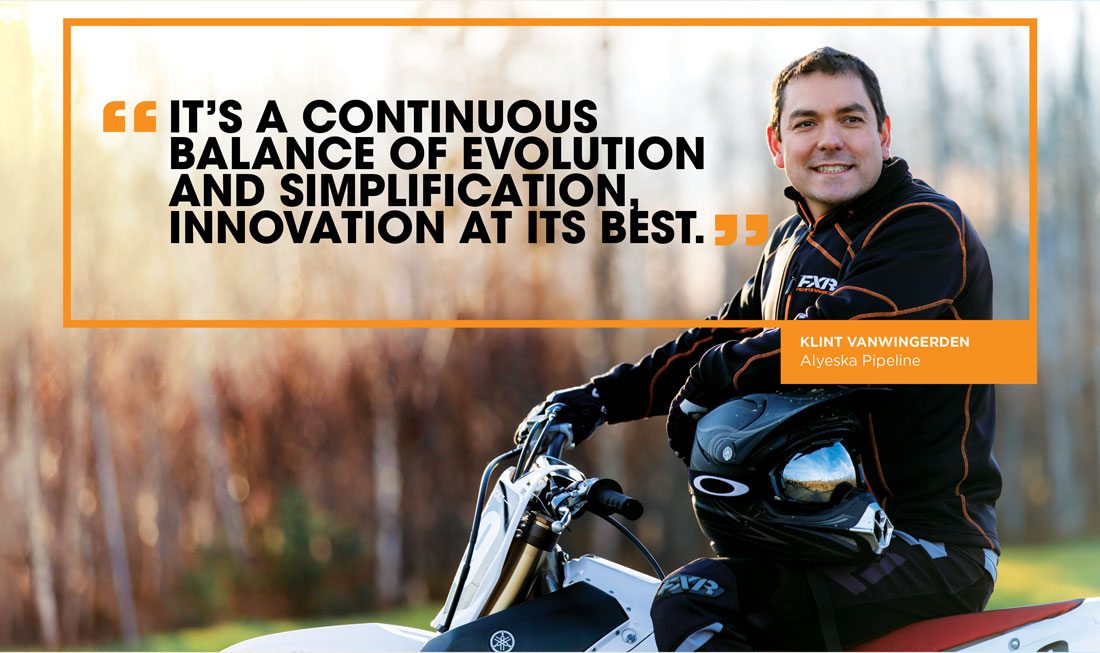 In a garage near Anchorage, Alaska, Alyeska’s Klinton “Klint” VanWingerden is preparing for the Iron Dog – the world’s longest, toughest high-speed snowmobile race, covering 2,000 miles of some of the most remote and rugged terrain of America’s Last Frontier.

Klint and his partner form the “Sons of Thunder” racing team, and they have a pair of brand-new snowmachines (as Alaskans call them) for the next Iron Dog: one they beat up during rigorous testing before the race, and another that the “Sons of Thunder” will tweak and fine-tune for the real competition, using what they learned during pre-race trials.

Cutting-edge technology, preparation and a solutions-oriented approach win snowmachine races. All three also apply to running a modern energy pipeline like the Trans Alaska Pipeline System (TAPS), which Klint and others manage from Alyeska’s Operations Control Center in Anchorage.

Klint is part of America’s Generation Energy: committed to using the most advanced technologies, engineering and pipeline management systems to ensure safe delivery of crude oil – in the case of TAPS, oil from one of the United States’ largest reserves.

In service since 1977, TAPS is key to U.S. oil supplies of today and tomorrow, thanks to additional resources that may be tapped in the Beaufort and Chukchi seas off Alaska’s northern coast and on the coastal plain of the Arctic National Wildlife Refuge.

At the control center, Klint and his team have remote visibility and control of TAPS, stretching 800 miles from Prudhoe Bay on Alaska’s North Slope down “south” to Valdez, the northernmost ice-free port in North America.

Alyeska’s expert controllers constantly monitor flow through the pipeline in the state-of-the-art control center, enabling quick adjustments to any operational fluctuations. This helps ensure safe and efficient operations of the pipeline, its multiple pump stations, and the Valdez Marine Terminal, where crude oil is measured, stored and loaded onto tankers for transport to the Lower 48.

As one of the world’s largest pipeline systems, TAPS is the lifeblood of Alaska’s economy. According to reports, the natural gas and oil industry supports nearly one-third of all jobs in Alaska. In 2017, natural gas and oil revenues represented 65 percent of the state’s unrestricted revenue.

For Alaskans, the natural gas and oil industry is as much a part of the state’s rich culture and way of life as its diverse terrain, mountains and abundant wildlife.

“The same fuel that powers my snowmachine, dirt bike and even my family’s love of hunting and the great outdoors allows us to enjoy our great state in so many other ways,” says Klint.

This is Klint’s life’s work, as it was for his father, Doug, and is for his brother, Kristopher. Doug worked for BP on the North Slope for more than 30 years, doing all kinds of work across the field and eventually advancing through the company to support the operations, safety and integrity of the system before he retired. Kris is a controls and automation engineer for BP, supporting its pipeline operations on the Slope. 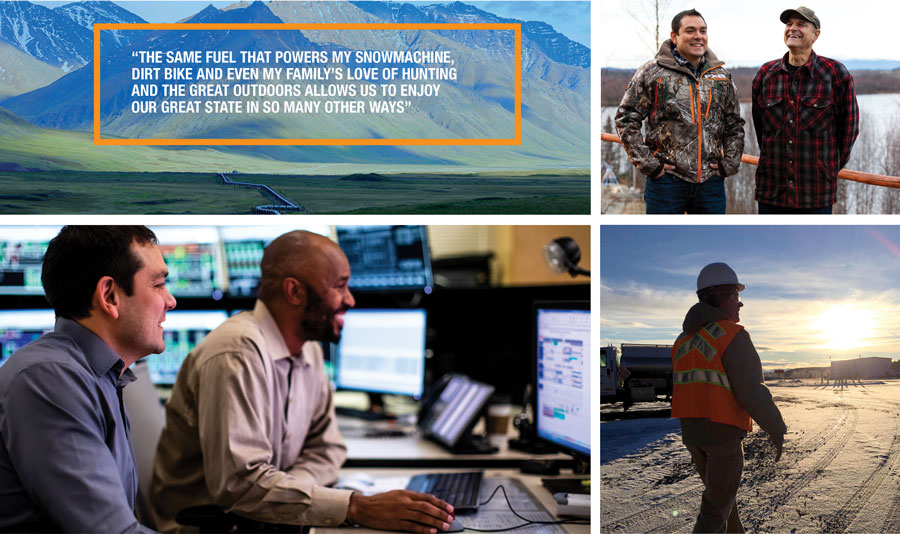 This same industry funded Klint’s way through college. An Alaska Native, he received scholarship aid from the natural gas and oil industry, which helped him earn his bachelor’s degree from the University of Alaska-Anchorage’s science and engineering program. His education has helped him stay nimble professionally as the industry grows and transitions, and as more operational segments are leveraging cutting-edge technologies.

“As technology continues to evolve so rapidly, the Trans Alaska Pipeline is equipped to transform with it – to improve operations as well as to bring more oil to market from untapped resources,” he says. “That’s important to the future of Alaska, and we’re proud of the innovation and advancements that are bringing more diverse work opportunities to Alaskans.”

Klint talks of artificial intelligence and other technologies that continue to be integrated into the natural gas and oil business and how advances are letting industry use machines for the action- and reaction-oriented tasks that previously were performed by workers out in the harsh Alaskan terrain. Remote diagnostics, in particular, allows highly skilled experts to remotely guide local technicians to specific points along TAPS to maintain equipment – keeping more workers in safer environments and increasing the pipeline’s effectiveness at the same time. Alyeska and other industry partners won one of the federal government’s Unmanned Aircraft System Integration Pilot Program spots, so they’ll be testing drones for various types of operations along the pipeline.

“These advancements allow the industry to be more proactive and enable our workforce to perform higher-level thinking – the work that is more complicated to automate.”

Klint’s enthusiasm for the industry and where it’s headed is largely driven by the opportunities he believes lie ahead for future generations.