In Texas, everything is bigger – and energy production is no exception. Texas is the number one natural gas producer in the United States; in 2013, it produced an impressive 29 percent of America’s natural gas. This leading production is due to three large plays in Texas – Barnett Shale, Eagle Ford Shale and Haynesville Shale. 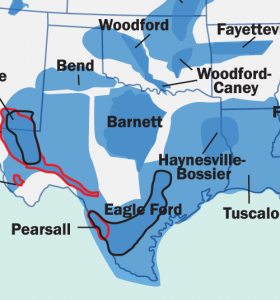