Last week’s National Research Council report on hydraulic fracturing and earthquakes pretty much ends up where a number of scientists are on the correlation between fracking and quakes: that energy development from shale formations poses a low risk for tremors of significance. The report said more attention should be given to injection wells, which are used for waste disposal by a number of industrial enterprises, not just the oil and natural gas industry. AP science writer Seth Borenstein’s take on the report is here.

API, America’s Natural Gas Alliance and the American Exploration & Production Council have produced a couple of informational tools on hydraulic fracturing and seismic activity and underground injection control (UIC) wells that are especially timely with release of the council’s report.

Highlights from the fracking document: 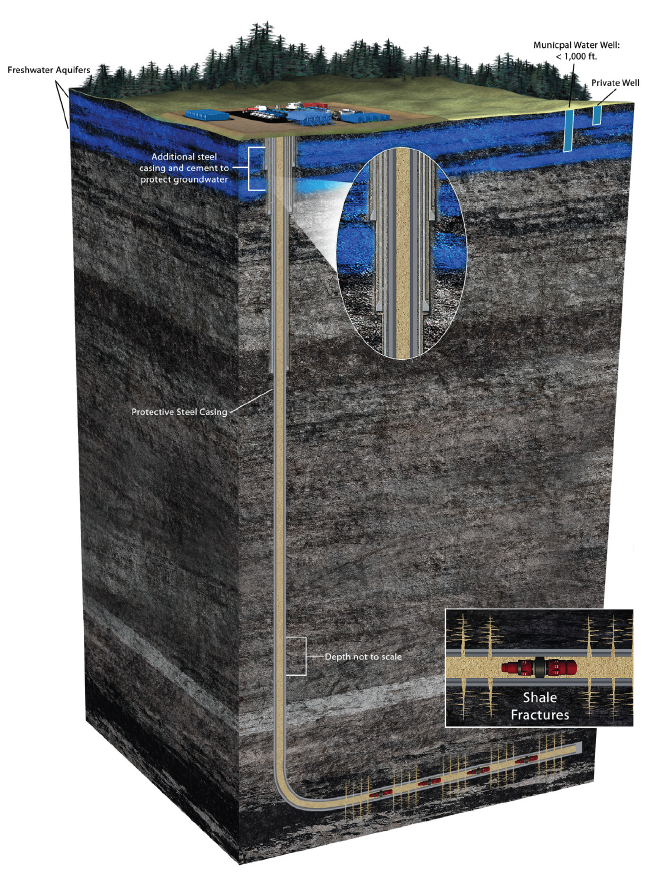 Highlights from the UIC document:

Injection wells pump fluids into deep rock formations (see graphic). It’s unusual, but in some cases a quake can occur when a number of geological and operational factors come together – especially the presence of hard, dense and brittle crystalline “basement rock.”  These quakes are almost always small, below the level that would be felt on the surface.

For more information, check out the Energy From Shale website.