We couldn’t help noticing one of the captions below the bubbles, second from the right, showing the location of three oil and natural gas companies – ExxonMobil (37 percent effective tax rate), Chevron (39 percent) and ConocoPhillips (74 percent, or more than $58 billion on earnings of nearly $79 billion) – all well above the 29.1 percent overall effective tax rate, according to the data set used by The Times.

You can see where individual industry sectors stand. Here’s an "iso-graphic" for the oil and natural gas industry (average 37 percent effective tax rate):

This is not to suggest anything about other industries and the taxes they pay. Rather, this shows that the oil and natural gas industry pays its fair share in taxes and then some – about $85 million a day. Here’s another comparison of effective tax rates by industry, also based on S&P data: 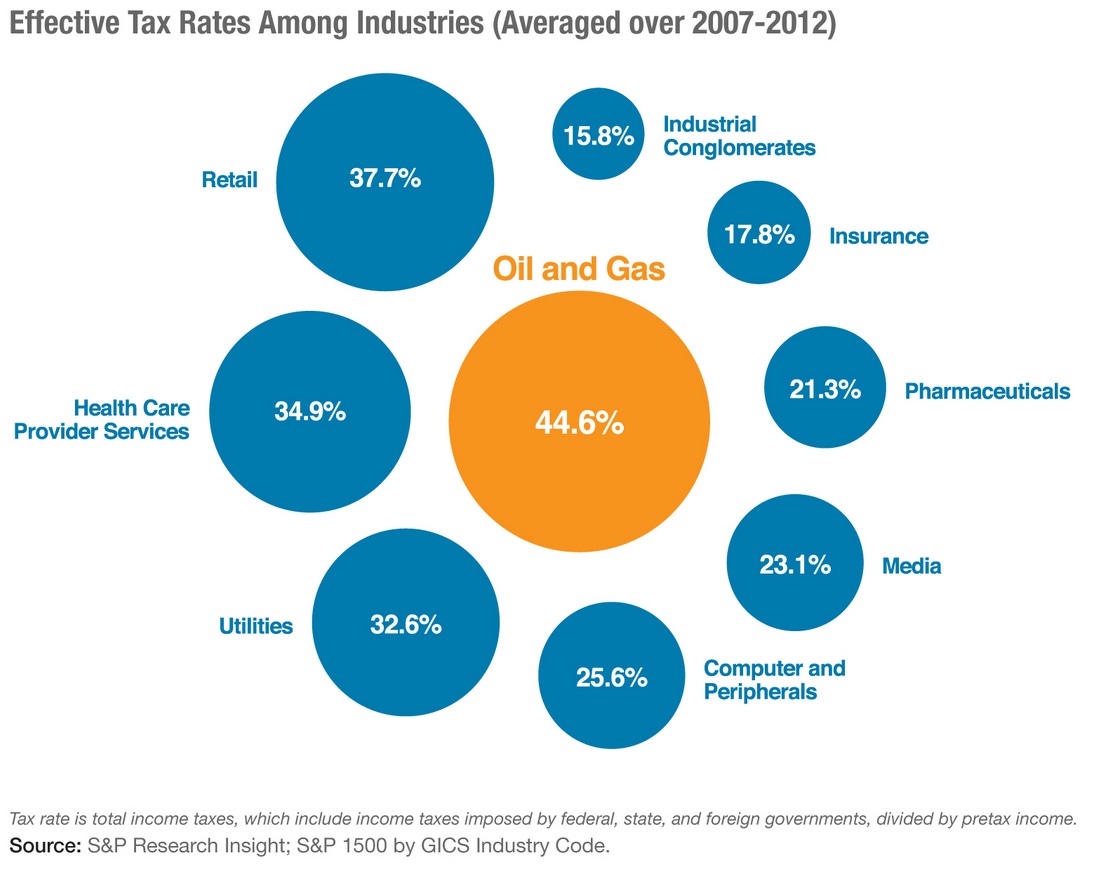 The U.S. oil and natural gas industry pays taxes at this level because it is robust and growing, supporting more than 9.2 million jobs. With pro-growth, pro-energy development policies, our industry could generate more revenue for government – more than $127 billion in additional, cumulative revenue by 2020 and more than $800 billion by 2030, according to a study by Wood Mackenzie. These totals dwarf the revenue that could be gained by raising industry’s taxes, as some have proposed. The better, smarter path – one that generates far more revenue for governments – is to increase access to U.S. oil and natural gas reserves, develop common-sense regulatory regimes and allow these companies to do what they do well for America.