Here’s a link to a well-done video produced by Fortune magazine, showing a little bit about what it’s like to work on an oil and natural gas production platform more than 100 miles out in the Gulf of Mexico. The video’s producers visited Chevron’s Tahiti platform and interviewed a couple of the facility’s workers to gain insight into the two-weeks-on, two-weeks-off nature of life on the platform. In the piece, Jason Morehouse, operations supervisor, and planner/scheduler Kathi Gilbreath talk about the rewards and sacrifices of being in a dynamic work environment and how they and their spouses have adapted to it. The video also explains the logistics of deepwater exploration and development and the contributions platforms like Tahiti are making to America’s energy security. 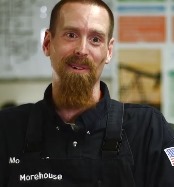 Morehouse, whose wife, Robin (also a Chevron employee), maintains their home in Louisiana, says platform work is team-oriented and full of accomplishments. Gilbreath and her husband have an apartment in Houston and are building their retirement home near Dallas:

“We were both oil field brats so we know what it means to be gone for an extended period of time. It’s the nature of the oil field. … Every occupation has its ups and downs and work-arounds. And that’s what we’ve learned and everybody else here has learned.”