It’s hard to imagine modern life – in America or anywhere else for that matter – without liberal access to energy. It’s fundamental to sustaining life as we know it, while also providing fundamental opportunity to people across the globe for whom life is a daily struggle.   Let’s take a look at some charts from Max Roser’s Our World In Data project.  First is global energy use, with energy use starting to grow slowly around the 1900 and then taking off after World War II. 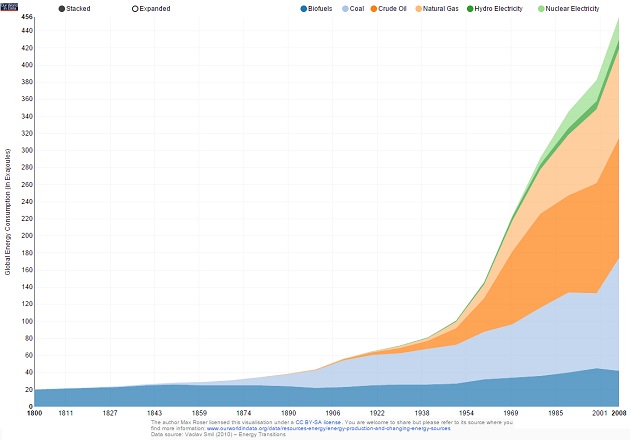 And the world is not just becoming richer, it is becoming more equal: Which has been good for babies: 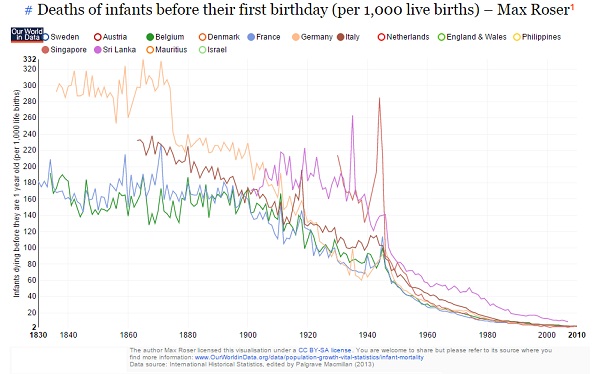 And for well, everyone: And for our impact on the environment: 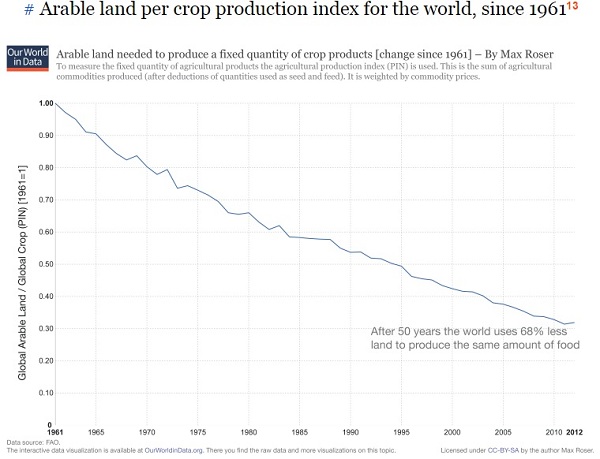 It is no wonder that United Nations Secretary-General Ban Ki-moon noted:

“Energy is the golden thread that connects economic growth, social equity, and environmental sustainability. … Widespread energy poverty condemns billions to darkness, to ill health, to missed opportunities. … Children cannot study in the dark. Girls and women cannot learn or be productive when they spend hours a day collecting firewood. Businesses and economies cannot grow without power.”

Without modern fuels – spanning the range from oil and natural gas to coal, nuclear, solar, hydro and more – the United States and the rest of the world would be harsher, less healthy and far less convenient. All of our daily endeavors to live, to be mobile, to prosper – to simply boil an egg – would be infinitely more difficult without modern energy – led by the safe and responsible development of oil and natural gas.

We’ve linked to this list before, but from an oil and natural gas standpoint it’s imperative for every American to realize that our daily lives are built on fuels and products derived from petroleum.

Thus, our use of oil and natural gas – they account for 63 percent of our energy today, and the U.S. Energy Information Administration estimates they will account for 62 percent of it in 2040 – isn’t an “addiction,” it’s not some loathsome habit. It’s a smart assessment that oil and natural gas are superior as measured by energy intensity, portability and reliability – and that without them our lives would be radically worse.

Ask Americans about this, and they get it. By wide margins they connect increased development of domestic oil and natural gas to American jobs, economic growth and energy security. So, as efforts go on to develop other affordable, scalable energy sources and fuels, Americans sensibly reject nonsensical calls by some to turn their backs on the life, health, jobs, economic growth and social mobility supported by oil and natural gas.

They are, simply, the energies of our lives.

The good news is America is blessed with abundant oil and natural gas reserves to sustain our lives – if we work to harness those reserves. As a new Wood Mackenzie study points out, a bright energy future stretches out before the United States if it pursues pro-development policies that foster safe and responsible oil and natural gas development. Conversely, the study shows that self-limiting energy policies could see America’s energy moment pass underdeveloped, our country’s potential under-realized, to the detriment of its citizens.

We need to seize the moment and embrace policies that will allow us to develop more of the energy we use right here at home – greater access to energy reserves, commonsense regulation and permitting rules and the export of U.S. energy that will help stimulate more domestic output. API President and CEO Jack Gerard, from January’s State of American Energy address:

“We have a once-in-generation opportunity to show the world how energy abundance can be used as a positive force rather than as a tool to harm or to control other nations as some still use their energy abundance. … Our vision is one that safeguards the progress we’ve made and builds on it. Our vision of the world is one where more and more people have access to reliable, safe and affordable electricity, no matter which continent or hemisphere they call home.”