The Right Stuff for Space Exploration – And More

API’s first-ever Super Bowl ad, announcing the launch of our new “Power Past Impossible” communications campaign, had a few folks online questioning the ad’s connection between oil and space exploration – questions we’ll show are off-base later in this post. First, let’s have another look at the ad:

Confusion by some about oil and space flight actually points to the main thrust of the ad and the campaign: Natural gas and oil are much, much more than just fuels. Oil and gas are all around us – in paint, makeup, the components in bionic parts, life-saving medical technology, clean fuels, space suits and … rockets. When you start thinking about it, the list is virtually endless.

And yes, fuels. Whether you’re going to the grocery store or to Mars, we’ll get you there (and we’ll get to that). But the complete value of oil and gas is their presence in the products, innovations and technologies that are moving our society beyond daunting challenges, today and tomorrow. Energy – oil and natural gas – is in everything. In a paragraph, that’s “Power Past Impossible.”

Now, about rockets and space flight …

During the Super Bowl, some knocked our ad for associating oil with space travel. 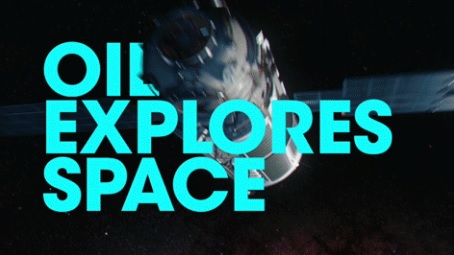 On Twitter, one user argued rockets don’t run on oil but then did some backtracking:

A number of rockets are fueled by RP-1, a derivative of kerosene (itself a petroleum product) to reach space. RP-1 is a liquid propellant used not only for putting satellites into orbit, as with the Falcon 9 rocket, but also in the first-stage boosters of the Saturn V that took astronauts to the moon, which is what you see blasting off in our ad: 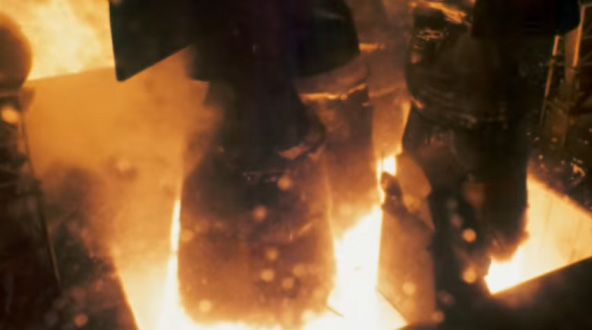 And what about the liquid hydrogen fuel used to power the Space Shuttle? Hydrogen for fuel is developed with natural gas and oil. According to the Planete Energies website:

Today, 95% of hydrogen is produced either from wood or from fossil fuels, such as natural gas and oil. Three types of production process are currently in use: The most common hydrogen production process is natural gas reforming — sometimes called steam methane reforming because it uses high-temperature steam. When exposed to steam and heat, the carbon (C) atoms of methane (CH4) separate. After two successive reactions, they reform separately to produce hydrogen (H2) and carbon dioxide (CO2). This operation therefore requires natural gas.

A post on inverse.com criticized API’s ad as “shortsighted,” and said metallic hydrogen is the future of rocket fuel, not oil derivatives. First, thanks, inverse.com, for embedding our ad in your post, and we hope you’ve noted the environmental/air quality benefits of increased use of natural gas. Second, see the above on producing hydrogen. Eventually, the post argues with itself:

Figuring out how to use metallic hydrogen in space travel will be what powers us past impossible; not oil. Until that happens, however, certain spacecraft will still rely on RP-1, a dense, kerosene-like propellant made from crude oil. The upside to oil-based, liquid fuels is that they’re relatively easy to store. Liquid hydrogen and its favorite oxidizer, liquid oxygen, need to be kept at an extremely low temperature — minus 423 F — in order to maintain their liquid state, and this sort of refrigeration is tricky and costly. Liquefied gases are also incredibly susceptible to changes in temperature, so once the craft gets to space, it’s important to shield them from sudden increases in heat, or they’ll explode. RP-1 doesn’t require as much delicacy.

Easy to use, easy to store, easy to move – indeed, our fuels are great. Yet, as we’ve said, oil is more than fuel. It’s the spacecraft itself, the space suit, the electronics, the computers, the gadgetry – and more.

For example, Extravehicular Mobility Units (that’s space suit to you and me) are made of multiple layers of material with one thing in common. Nylon, Spandex and urethane-coated fabrics all come from chemicals produced in oil and natural gas refining. Likewise, astronauts’ space helmets and visors are made with plastic. As for the spacecraft, scientists say plastic shielding (derived from petroleum) is better protection from harmful radiation than the aluminum that’s typically used in spacecraft construction. From an article on space.com:

Aluminum, the main material in spacecraft construction, does virtually nothing to stop galactic cosmic rays. Computer models and ground-based experiments using particle accelerators suggested that plastics are much better, and LRO (NASA’s Lunar Reconnaissance Orbiter) took this idea to space.

As we move deeper into space, technologies like 3D printing – a printer that extrudes streams of heated plastic, metal or other material, layer upon layer to create three-dimensional objects – will be critical to produce items on site, rather than transporting equipment that may or may not be needed. ABS and PLA plastic, both of which come from oil and gas, are two of the most commonly used 3D printing filaments. New developments are exploring a combination of carbon-fiber reinforced plastics to further enhance their strength and usefulness in advanced technology environments.

The point is, when it comes to space exploration, petroleum’s role is much larger than just the fuel propelling the rocket – as it is in so many aspects of modern life.