Hurricane Harvey is moving through the Gulf of Mexico, home to nearly 20 percent of total U.S. crude oil production, and toward the Texas coast, where more than 25 percent of U.S. refining capacity is located. We don’t know exactly where the storm will come ashore, but since the Gulf Coast is the largest domestic supplier of transportation fuels, a lot of people are watching its track. 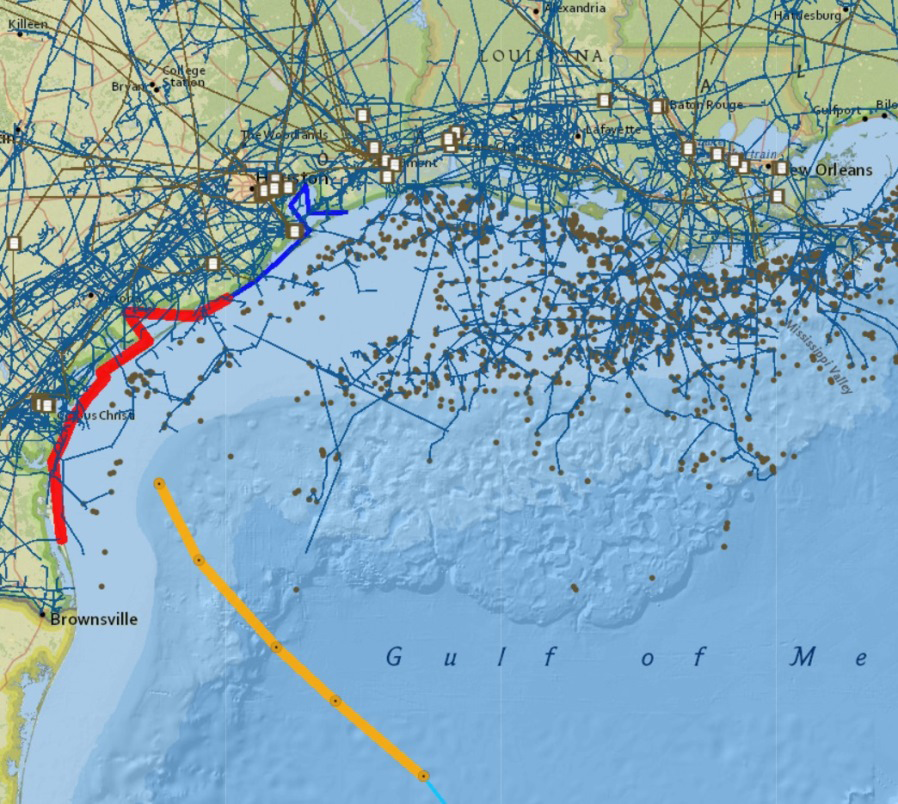 Harvey will be the first major hurricane (Category 3 or higher) to make landfall in the U.S. since four, including Katrina and Rita, reached land in 2005. Information links:

Our industry is committed to securing Gulf-area energy infrastructure, one of the country’s key centers of natural gas and oil activity. This includes working with state and federal officials to prepare for hurricanes and other weather events and to coordinate appropriate responses.

Our nation’s energy infrastructure is designed to withstand weather events like Hurricane Harvey, and industry-developed guidelines help companies protect their workers, secure infrastructure and ensure environmental protections in the case of a supply disruption. Below, some of the frequently asked questions and answers related to industry hurricane preparedness and storm aftermath:

Q: When did facilities shut down for this storm?

A:  Safety is paramount and a core value throughout our industry. As of Thursday, Aug. 24, several natural gas and oil companies had already shut in production from several facilities and had evacuated personnel from offshore platforms. A number of refineries from Corpus Christi to the Houston area have announced shutdowns.

Q: What should we expect in the hurricane’s aftermath?

A: Facilities will be assessed for damage, and determinations will be made for prudent and environmentally safe ways to bring infrastructure and other assets back online. Hurricanes in 2005 and 2008, as well as Superstorm Sandy in 2012, prompted federal and state governments to take action to increase supply and ease distribution challenges by exercising the authority to waive certain fuels and transportation requirements during these extreme and unusual events and to ensure that commercial power is reestablished for these critical assets.

Q: What is the storm’s potential impact on gasoline prices?

A: With significant events, such as hurricanes, that cause temporary refinery shut downs, there is the potential for fuel prices to be affected at the pump in the short term. Storms and other big events (such as wars and other occurrences) can impact prices, potentially resulting in significant price swings. Ultimately, prices are set by supply and demand and may be influenced by perceptions about future supply and demand.  Individual retail operators establish prices at their stations, and all retail operators should conduct business in a legal and ethical manner. There have been more than 30 government investigations of our industry – including this one by the Federal Trade Commission after Hurricane Katrina – and they have all concluded that there has been no systemic price manipulation at the pump.

Q: Why does it sometimes seem like prices at a gasoline station are quick to go up and slow to come down?

A: Gasoline stations have to plan to buy the next tank of gasoline, which is often 10,000 gallons of fuel. So, when the prices on the wholesale market rise, the station owner is trying to ensure he or she can keep their street prices competitive while ensuring they can have the cash flow to buy the next tank full.  Historically, as the supply normalizes, prices have tended to normalize.

The best long-term hedge against storm impacts is new and better infrastructure – additional pipelines and/or expanded capacity in existing lines, more refineries and other facilities.