The natural gas and oil industry’s use of drones to inspect facilities and operations is getting a boost from the Federal Aviation Administration (FAA).

Shell’s partner Avitas Systems received an FAA waiver to fly drones for civil use beyond visual line of sight (BVLOS) with the assistance of a radar in Loving County, Texas (USA).  Typically, drones operated beyond line of sight require a spotter. It’s the first waiver of its kind from the FAA, and it could significantly increase the reach of aerial monitoring to inspect facilities and operations in expansive and often remote areas. Bruce Culpepper, Country Chair and President of Shell Oil Company, says:

“Drones are already an integral part of Shell’s digital operations, with missions flown daily across our global footprint. Now, with the FAA’s approval and with the assistance of Avitas Systems, we can fly over a larger area of our Permian Basin operations to conduct aerial monitoring of our oil and gas infrastructure. This includes leak detection and data gathering needed to make more efficient operational decisions, which will result in improved environmental performance with less strain on road infrastructure in the Permian Basin.”

Here's a photo of Shell’s drone in action: Manned flights still are important for inspections and data gathering. Yet, the FAA waiver could create opportunities for other companies to use drones beyond line of sight, without spotters.

Drones often can be deployed faster than manned flights, and the sensor technology they carry to detect operational issues is advancing rapidly. For example, advanced optical gas imaging, such as hyperspectral imaging, can identify different types of hydrocarbon gas plumes and can be used as part of a structured leak detection and repair program.

In addition to advanced sensors, drone camera technology is rapidly improving, giving engineers a better idea of what’s happening in the field. The Shell/Avitas project also could help transportation safety in the Permian by reducing how often inspectors must travel to remote areas for on-site observation and reducing vehicle emissions. 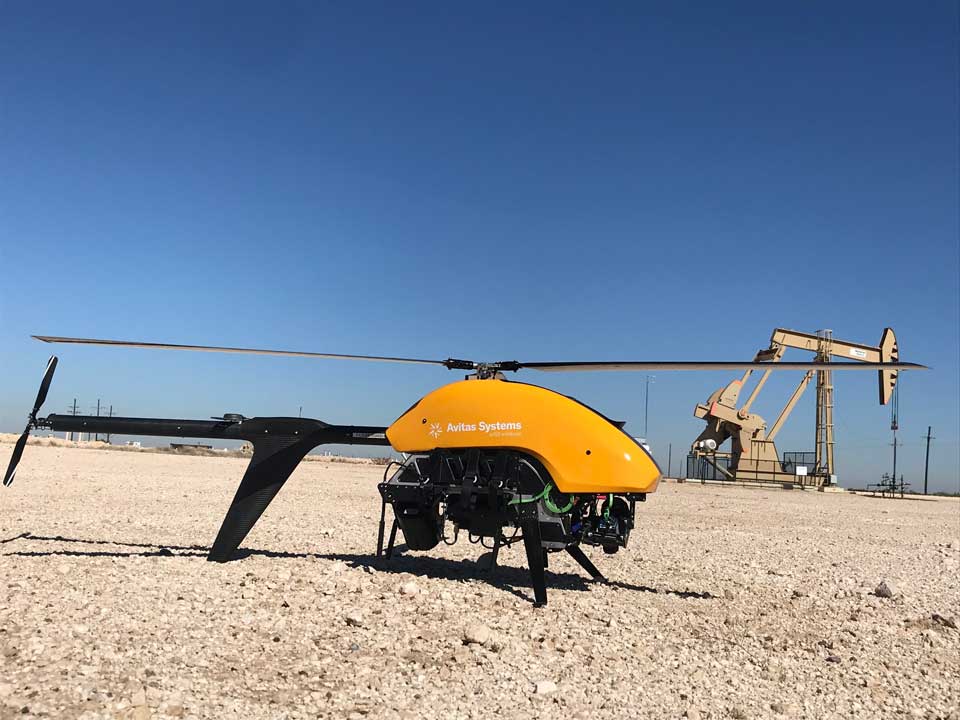 The natural gas and oil industry is constantly innovating, and the U.S. energy renaissance is largely based on new technologies that are making industry safer and more efficient. The FAA waiver could significantly enhance the role played by drones toward those goals.

Emily Smith is the Issues Management Lead for the American Petroleum Institute. Before joining API, she worked for Edelman D.C. in their energy group, specializing in public affairs and issue campaigns at the federal, state and local levels. She graduated from the University of Texas at Austin with a degree in energy policy and resource management, and now lives in Washington, D.C.