Introduction - What is hydraulic fracturing?

Fracking is shorthand for hydraulic fracturing, a type of drilling that has been used commercially for 65 years. Today, the combination of advanced hydraulic fracturing and horizontal drilling, employing cutting-edge technologies, is mostly responsible for surging U.S. oil and natural gas production.

Hydraulic fracturing involves safely tapping shale and other tight-rock formations by drilling a mile or more below the surface before gradually turning horizontal and continuing several thousand feet more. Thus, a single surface site can accommodate a number of wells. Once the well is drilled, cased and cemented, small perforations are made in the horizontal portion of the well pipe, through which a typical mixture of water (90 percent), sand (9.5 percent) and additives (0.5 percent) is pumped at high pressure to create micro-fractures in the rock that are held open by the grains of sand. Additives play a number of roles, including helping to reduce friction (thereby reducing the amount of pumping pressure from diesel-powered sources, which reduces air emissions) and prevent pipe corrosion, which in turn help protect the environment and boost well efficiency.

Safe hydraulic fracturing is the biggest single reason America is having an energy revolution right now, one that has changed the U.S. energy picture from scarcity to abundance. Fracking is letting the U.S. tap vast oil and natural gas reserves that previously were locked away in shale and other tight-rock formations. Up to 95 percent of natural gas wells drilled in the next decade will require hydraulic fracturing. Hydraulic fracturing also is being used to stimulate new production from older wells.

Because of shale and fracking, the United States is leading the world in natural gas and oil production. The U.S. Energy Information Administration(EIA) projects domestic crude production will average 12.4 million barrels per day (mb/d) this year and 13.2 mb/d next year. Simply put, fracking is the engine in the U.S. energy revolution. 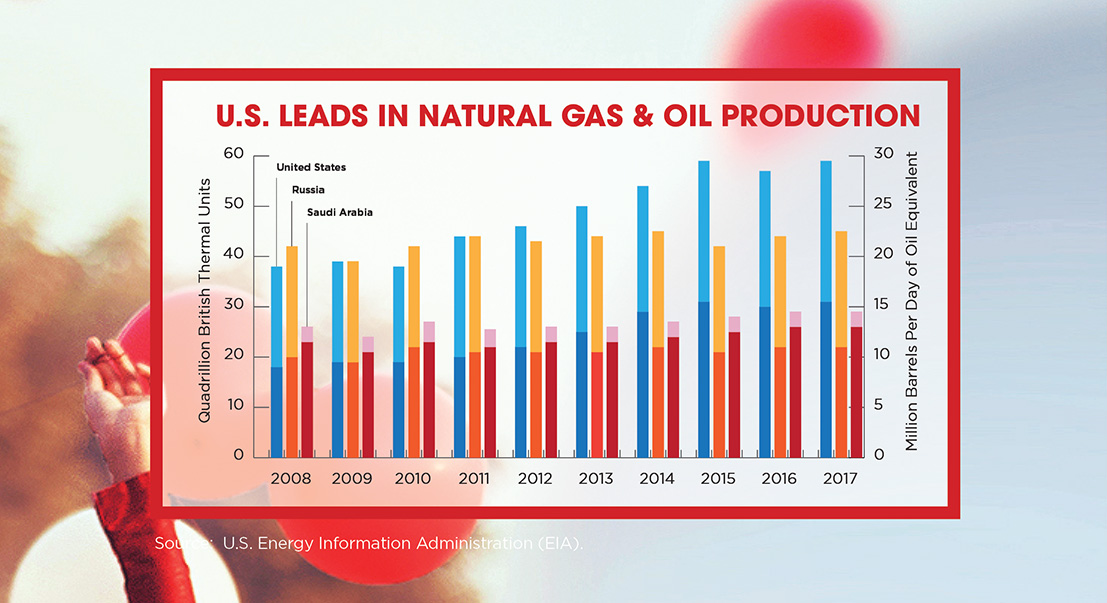