The second edition of RP 1170 incorporates associated requirements for risk management, aligning the standard with RP 1171.

The first editions of RP 1170 and RP 1171 are incorporated by reference in the Pipeline and Hazardous Materials Safety Administration’s underground natural gas storage regulations and have become the basis for inspections at the federal and state level.

More than 500 salt caverns and depleted hydrocarbon and aquifer reservoirs in the United States safely store and then deliver natural gas through our nation’s pipeline infrastructure to consumers. The practice, which dates back decades, allows natural gas to be stored when extracted, and released to pipelines, local distribution companies, producers and shippers based on variable consumer demand across seasons, days and even hours.

The current global energy crisis proves that it is more important than ever to advance solutions that ensure continued access to affordable, reliable energy while tackling the climate challenge. The U.S. natural gas and oil industry has made significant progress in reducing carbon emissions to near generational lows, and increased use of natural gas has contributed to a 24% drop in power sector carbon emissions since 2012 – outpacing the reduction targets outlined in the Clean Power Plan. As populations grow and economies expand, the world will demand more energy, not less, and industry will continue to play a foundational role in the global energy mix for decades to come.

The U.S. is the world’s largest producer of natural gas, and U.S. proved reserves of natural gas have increased nearly every year since 2000 due to advancements in natural gas exploration and production technologies. According to the EIA, while U.S. natural gas consumption is expected to average a record 86.6 Bcf/d in 2022, steady gains in drilling activity have boosted U.S. natural gas production to near record highs, thus ensuring a well-supplied domestic market while simultaneously meeting rising global liquefied natural gas (LNG) demand.

API represents all segments of America’s natural gas and oil industry, which supports more than 11 million U.S. jobs and is backed by a growing grassroots movement of millions of Americans. Our approximately 600 members produce, process and distribute the majority of the nation’s energy, and participate in API Energy Excellence®, which is accelerating environmental and safety progress by fostering new technologies and transparent reporting. API was formed in 1919 as a standards-setting organization and has developed more than 800 standards to enhance operational and environmental safety, efficiency and sustainability.

This platform gives users the latest updates, references, and comparison tools to ensure safety and compliance. 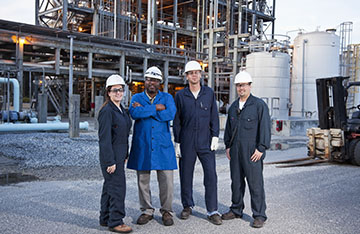 ICP provides the petroleum and petrochemical industries with an independent and unbiased way to evaluate the knowledge and experience of technical and inspection personnel. API hosts numerous events each year spanning all segments of the industry.