Competitive forces and industry innovation continue to drive technological advances and produce clean-burning natural gas, which has led to reducing carbon emissions from power generation to their lowest level in more than 20 years, making it clear that environmental progress and energy production are not mutually exclusive.

Our nation’s status as an energy superpower, the world’s leading producer of oil and natural gas, is making energy more affordable for American families and helping to lower energy costs for businesses by billions of dollars. It has also enhanced global security by diminishing the influence of less stable oil-producing regions.

None of this would be possible without hydraulic fracturing. Even before some of the latest innovations, we’ve known the benefits of the process for some time.

In 1999, the Department of Energy identified hydraulic fracturing as an advanced technology that provides environmental benefits in their report entitled Environmental Benefits of Advanced Oil and Gas Exploration and Production Technology.

One year ago this month, a five-year, multi-million dollar report by the EPA confirmed that hydraulic fracturing is safe, thanks to the effectiveness of state and federal regulations, and current industry practices.

During the initial peer review process, several members of EPA’s Science Advisory Board Hydraulic Fracturing Research Advisory Panel agreed that hydraulic fracturing leads to “no widespread, systemic impacts on drinking water resources in the United States.” The members agreed that the conclusion is accurate, unambiguous, and supportable with the science and facts EPA has reviewed.

A substantial amount of peer reviewed work supports the conclusion, and API and several others will be delivering comments during a public meeting held by the EPA’s Science Advisory Board next week that list the irrefutable technical and scientific evidence.

The evidence gathered for EPA’s study confirmed what previous agency administrator Lisa Jackson, Secretary of the Interior Sally Jewell, Secretary of Energy Ernest Moniz, and many others had already acknowledged and what the oil and gas industry has known: Hydraulic fracturing is being done safely under the strong environmental stewardship of state regulators and industry best practices.

Yet, since releasing the report, the EPA continues to face a barrage of politically based attacks attempting to tamper with scientific conclusions. While this may not be a surprise during a campaign year that is typically full of political rhetoric, it has no place in scientific discussion. The EPA’s scientific data is sound, and the analysis is peer reviewed and complete. There is no basis to seriously question the Draft Assessment Report’s main conclusion, and EPA has not identified any major additional research required to confirm it.

In addition to global gold-standards set by the industry, state regulators have led the way in oversight and environmental protection. From 2009 to 2013, while the EPA was conducting its study, state agencies finalized an estimated 82 groundwater-related rules for oil and gas production, including hundreds of separate rule changes, according to the Ground Water Protection Council.

The industry drills and hydraulically fractures thousands of oil and natural gas wells each year – more than two million to date – and there is simply no evidence of widespread or systemic contamination.

There are reasons no such evidence exists: namely the application of proven engineering technologies and industry risk management practices, coupled with existing and ever-evolving state and federal regulations.

At its core, hydraulic fracturing is an advanced engineering technology, and coupled with horizontal drilling this technology has catalyzed an energy movement in the U.S. that has been witnessed nowhere else in the world. Hydraulic fracturing has allowed us to drill our way to lower gasoline prices, reduced GHG emissions, reduced criteria pollutants, and reduced reliance on imported energy. This American story is as real the science is sound. 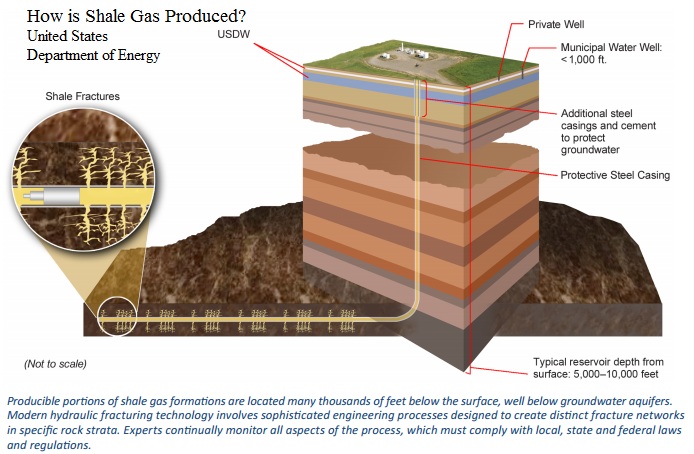 Erik Milito is the vice president for upstream and industry operations for API. Erik’s work covers regulatory and legislative matters related to domestic exploration and production, including access to domestic oil and natural gas resources both onshore and offshore. Prior to his current position, Erik served as managing counsel at API, covering a host of issues, including oil and gas leasing, royalty, environmental, fuels, transportation, safety, and civil justice reform.