API has a new group director for Market Development – former Ohio Public Utilities Commissioner Todd Snitchler. He heads a team that is focused on increasing market opportunities for abundant natural gas, which is benefiting consumers and manufacturers while advancing U.S. climate goals. 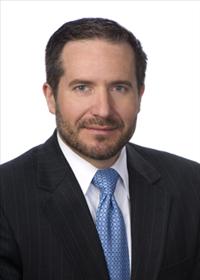 In addition to serving as Ohio PUC chairman and chairing the Power Siting Board of Ohio, Snitchler was elected twice to the state’s House of Representatives. Before joining API, Snitchler was at Vorys Advisors in Ohio, leading the firm’s government affairs efforts on energy and utilities issues.

API President and CEO Jack Gerard said Snitchler will work to advance natural gas use in a variety of markets:

“Under Todd’s leadership, API will continue to promote the benefits from greater use of natural gas in power generation, manufacturing, commercial and residential markets, as well as the export of liquefied natural gas to assist allies and partners overseas, strengthen our balance of trade and play a leading role in the world market.”

Snitchler said he looks forward to helping API and its industry members communicate to policymakers and the country in general the significant opportunities provided by the U.S. energy renaissance, which is seeing increasing production of natural gas. Snitchler:

“Our team under the leadership of our members will continue to highlight the role of U.S. natural gas in strengthening our economy, improving our environment and benefiting consumers. We all rely on this affordable and clean burning fuel to heat our homes, cook our food, produce our favorite consumer products, and provide electricity. It’s important to embrace this abundant energy resource for the continued benefit of consumers, workers, and the environment.”

Natural gas abundance is providing important consumer, economic and environmental benefits. These include rising disposable income for U.S. households thanks to lower utility bills and other energy-related cost savings, savings for manufacturers using natural gas for operations and as a feedstock, and U.S. carbon emissions from electricity generation that are near 30-year lows, primarily because of increased natural gas use.