According to the U.S. Energy Information Administration (EIA), the world’s demand for energy is going to increase by nearly 50 percent by 2035. Based on EIA projections, this graphic from API’s 2012 State of American Energy report shows that oil and natural gas is expected to supply 52 percent of that energy, only slightly less than today’s share (55 percent). 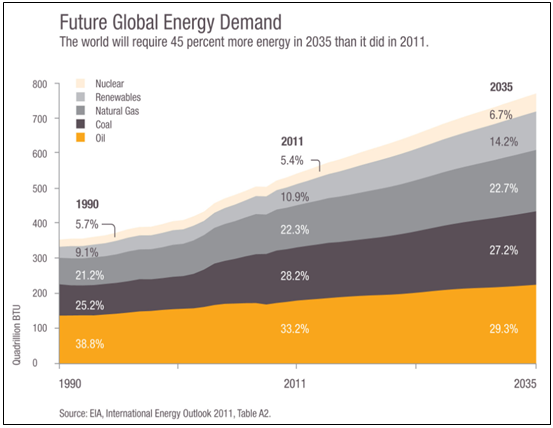 This means finding and producing oil and natural gas will remain critical to the global economy in the decades ahead. The International Energy Agency:

“Every advanced economy has required secure access to modern sources of energy to underpin its development and growing prosperity. … In developing countries, access to affordable and reliable energy services is fundamental to reducing poverty and improving health, increasing productivity, enhancing competitiveness and promoting economic growth.”