Going Beyond Rhetoric on Natural Gas

Over on the White House Blog, there’s genuine enthusiasm for natural gas, and for good reason.  Natural gas is clean-burning, affordable and so abundant that a number of experts describe it as a game-changer, a 100-year energy source.

In the here and now, natural gas that comes from shale through hydraulic fracturing is lifting state and regional economies while revitalizing the U.S. manufacturing sector. Heather Zichal, deputy assistant to the president for energy and climate change:

“Since taking office, President Obama has supported an all-out, all-of-the-above strategy that develops every available source of American energy. A strategy that’s cleaner, cheaper, and full of new jobs. As part of that effort, the Administration has focused on expanding production of natural gas. After all, we have a supply of natural gas that can last America nearly 100 years. And this Administration will continue to take steps to develop this energy resource in a way that can help fuel our economy and, according to industry experts, support more than 600,000 jobs by the end of the decade.”

Zichal is right about the need to expand natural gas development. And it can be done, given the right policies. Eye-popping growth, job creation and industrial/manufacturing revitalization – occurring in states like North Dakota and Pennsylvania – can happen on a larger scale. With the right policies. 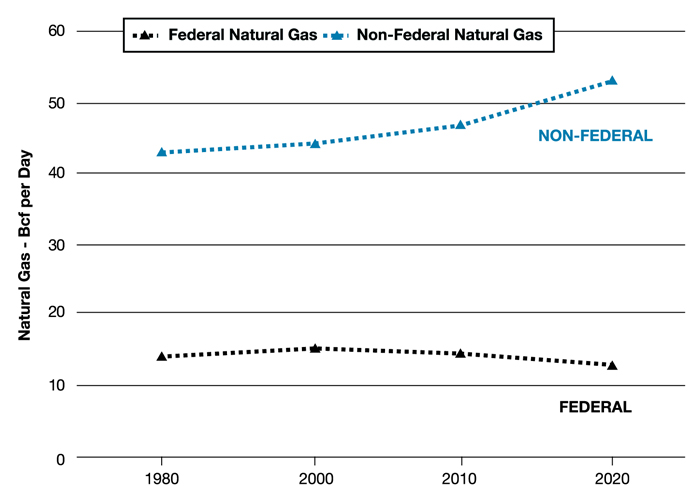 Certainly, the Interior Department’s approval this week of more than 3,600 natural gas wells on federal lands in eastern Utah is a move in the right direction. But then, Bureau of Land Management rules on hydraulic fracturing on federal and tribal lands threaten development with new regulatory hurdles. API President and CEO Jack Gerard, during a conference call with reporters:

“These rules are headed in the wrong direction. They would create superfluous, costly requirements, threatening jobs, revenue and energy production while providing little or no environmental or safety benefit. One must ask, where is the need?”

“It takes 14 days to get a drilling permit to work on private land in North Dakota.  It takes more than half a year on average to get a federal drilling permit for development on federal lands.  A report by SWCA Environmental Consultants concluded that lengthy delays by BLM in reviewing projects in Wyoming put the development of an estimated 17,000 wells on hold.”

It’s good that the administration, at least rhetorically, is embracing the promise of natural gas. But reaping the blessings of this abundant resource takes more than cheerleading. It takes policy actions – policy restraint, in some cases – to turn natural gas’ potential into reality.