Hurricane and tropical storm activity can put a strain on U.S. oil and natural gas operations, particularly if the storm tracks through the production-heavy Gulf of Mexico or makes landfall along the Gulf Coast region.

The Gulf Coast region of Louisiana, Mississippi, Alabama and Texas is the heart of the nation’s oil and natural gas industry. According to EIA statistics in 2011, this area accounted for approximately 44 percent of U.S. refining capacity.  When production is lost and demand surges, fuel prices sometimes rise –even in areas far from hurricane-affected states. 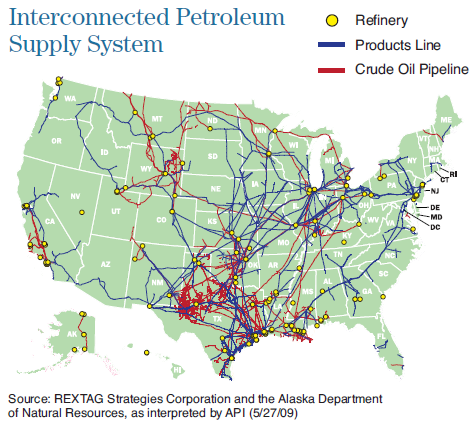 Regarding Hurricane Isaac it is too soon to know what will happen without knowing landfall impacts.  Given the size of the storm it is possible that offshore production would resume fairly quickly and have only a minor impact on crude supply.  Crude stocks are about 10% above average, so there is plenty in storage.

In order to operate safely and responsibly many refineries in the area have shut down in anticipation of the storm or are operating at reduced rates . With significant events such as hurricanes that cause temporary refinery shut downs, there is the potential for fuel prices to be affected at the pump in short term. However, even after the compound impacts in 2005 of Katrina and Rita, these impacts were temporary, lasting roughly 3 weeks.   Hurricanes in 2005 and 2008 prompted federal and state governments to take action to increase supply and ease distribution challenges by exercising the authority to waive certain fuels and transportation requirements during these extreme and unusual events.

America’s oil and natural gas industry is resourceful. We are committed to providing the fuel that Americans and our economy needs, and plan constantly for both safety during weather events and the safe restoration of supplies.