Motorcyclists and antique car enthusiasts rallied at the U.S. Capitol on Wednesday, pressing their call that there be independent testing of the effects of E15 fuel in motorcycles and all-terrain vehicle engines before E15 can be sold at retail gasoline stations. 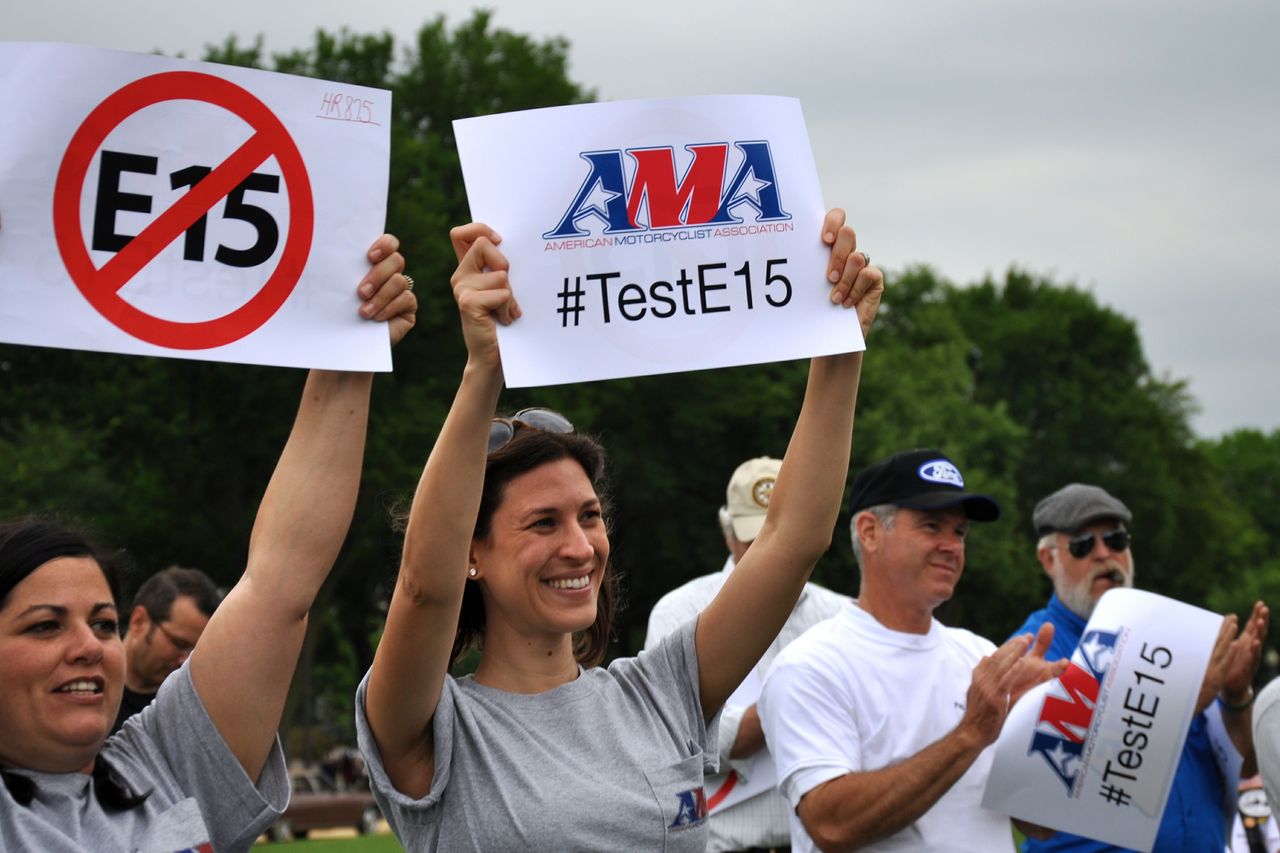 The American Motorcyclist Association (AMA) is concerned about the potential for inadvertent misfueling with E15 and engine damage that could result. Members of the Antique Automobile Club of America also participated, concerned about the effects of E15 on classic cars. The “E15: Food for Thought” rally included a ride around the Capitol and visits to the offices of individual members of Congress. AMA Board Chairman Maggie McNally:

"When you have a type of fuel that, if inadvertently used, has the potential to damage engines and fuel systems and void a manufacturer's new-vehicle warranty, you really should move with caution when it comes to putting that fuel in the marketplace. Issuing rules that allow the sale of E15 at gas stations without adequate testing to be sure it's safe in motorcycles and ATVs, not to mention engines in boats and power equipment, just isn't wise. We're here today to deliver that message to our legislators, so that the right safeguards can be put in place." "Telling motorcyclists that E15 use is illegal completely misses the point, because motorcyclists don't want to use it in the first place unless independent testing confirms it is safe. One of our concerns has always been that we might unintentionally put E15 in our tanks, due to confusing implementation of the EPA's misfueling mitigation plan."