Energy For America - Not Higher Taxes

The other day the president’s political folks tweeted:


The president’s fiscal year 2014 budget actually contains $90 billion in tax increases on U.S. oil and natural gas companies over 10 years. You can find the complete list and other info here, but here are the big four – and some important fact-telling as well:

Domestic Production Activities Deduction ($17.4 billion) – This deduction was created in 2004 to spur employment in U.S. manufacturing and is available for all U.S. taxpayers who manufacture in the U.S. The president has talked about repealing it just for oil and natural gas companies – which would be punitive, discriminatory and unfair.

Intangible Drilling Costs Deduction ($11 billion) – This is a cost-recovery mechanism for oil and natural gas exploration and production expenses that has existed since 1913. It is not a tax break, as drillers pay the full amount of taxes that are owed. While drilling costs are unique to drillers, the deduction of costs is similar to cost-recovery provisions enjoyed by other sectors. Repeal would be unfair and would result in lost jobs, fewer wells drilled, reduced industry investment and more, according to a new Wood Mackenzie study.

Modifications of Dual Capacity Rule ($11 billion) – This tax provision, designed to minimize double taxation, is available to all U.S. companies with operations overseas. It is not a “tax break for the oil and natural gas industry.”

Repeal of LIFO ($28.3 billion) – The last-in, first-out method of accounting has been used by U.S. taxpayers for more than 70 years. More than 30 percent of U.S. companies use LIFO. It is not a “tax break for the oil and natural gas industry.” Repealing it would create a situation where companies would be taxed on inventory instead of income, requiring them to redirect cash or sell assets to cover the tax payment.

The president has talked about increased oil and natural gas production on his watch and the need for greater domestic output. We agree, but the tax-hiking actions he supports would foil that goal – by increasing costs, reducing exploration and development and discouraging energy investment.

There’s another choice, one that would promote more oil and natural gas development while generating increased revenue for government – more revenue, in fact, than the president’s energy tax-hike proposals. The right path is to let America’s oil and natural gas companies do more of what they already do well: develop more oil and natural gas. This can be fostered by increasing access to U.S. reserves, while implementing common-sense regulatory policies and streamlining federal leasing and permitting processes. In a separate study, Wood Mackenzie estimates pro-development policies could raise $127 billion in new, cumulative revenue for government by 2020 - again way more revenue than the $44 billion the president’s energy tax increases might raise. 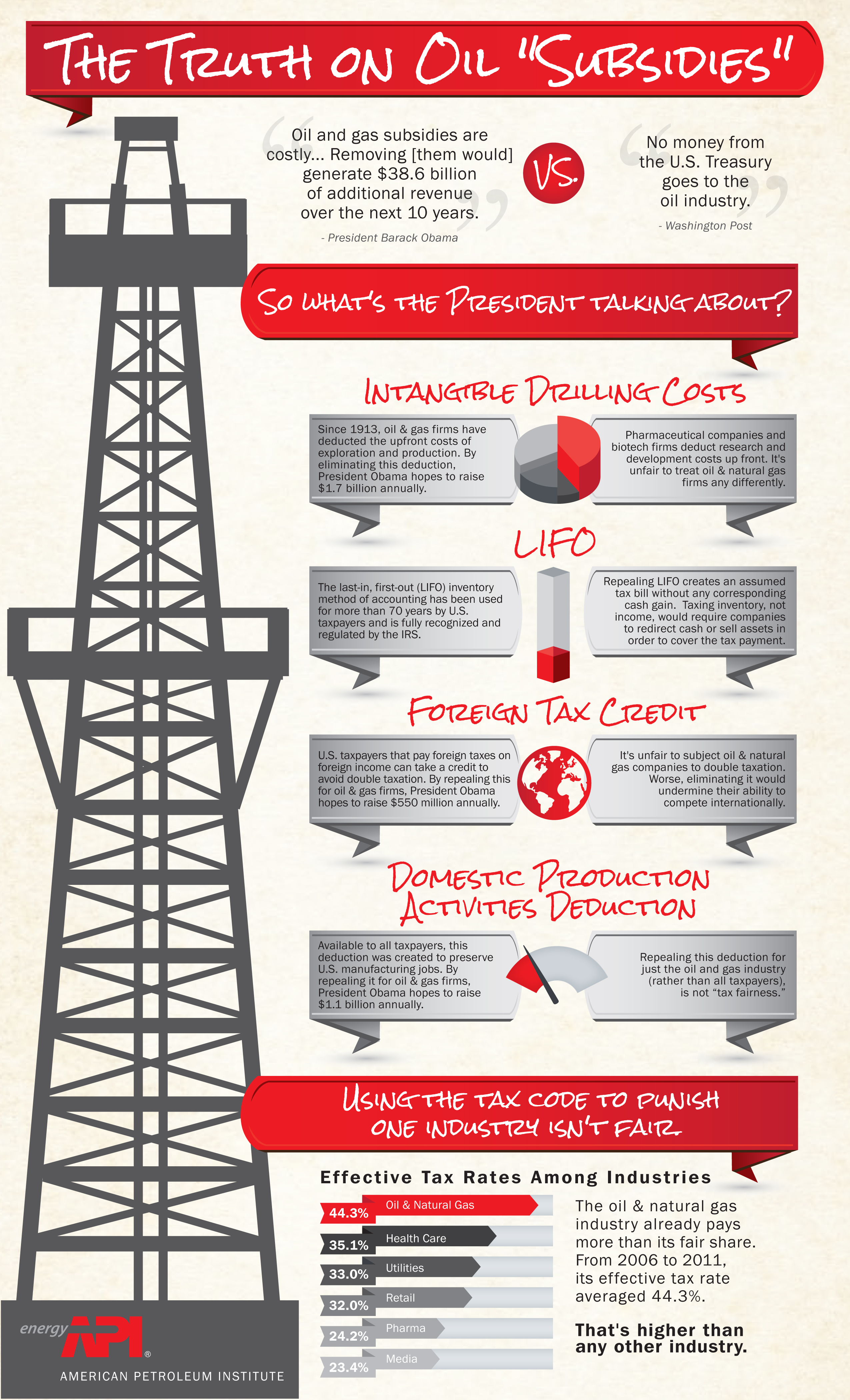