Think about energy. It’s all around us – in fuels and products that make life better, more comfortable. Yet, energy’s value goes even deeper: What do you want to do? Where do you want to go? What do you want to become? Energy is integrally involved in the answers to all three. It’s absolutely fundamental to both prosperity and opportunity. API President and CEO Jack Gerard:

“The very ubiquity of oil and natural gas as a source of electricity, fuel and manufacturing feedstock for everyday products makes our nation’s energy discussion more than a collection of abstract policy positions or partisan talking pints. Ultimately, energy policy is about the direction, quality and prosperity of our lives and the economic opportunity of future generations.”

We know this from our own history. Our forefathers struggled through a pre-modern energy era. Life without 21st-century energy was more difficult, costlier, more restricting. Dreams were more limited, horizons more narrow. Syndicated columnist Thomas Sowell reflects on how far America has come:

In material things, there has been almost unbelievable progress. Most Americans did not have refrigerators back in 1930, when I was born. Television was little more than an experiment, and such things as air-conditioning or air travel were only for the very rich. My own family did not have electricity or hot running water, in my early childhood, which was not unusual for blacks in the South in those days. … Most people living in officially defined poverty in the 21st century have things like cable television, microwave ovens and air-conditioning. Most Americans did not have such things, as late as the 1980s. People whom the intelligentsia continue to call the “have-nots” today have things that the “haves” did not have, just a generation ago.

It’s fair to say the progress in America that Sowell describes is in many ways linked to the availability of energy. Today, electricity is available virtually everywhere in the U.S., and conveniences are broadly affordable. Energy plays its part. Conversely, even in a 21st-century world, more than 1 billion people around the globe lack access to electricity and more than 2 billion are without clean cooking facilities – and their lives are a struggle. Energy is foundational to broad, societal progress – but also to individual prosperity.

America’s energy renaissance is the result of unlocking vast shale reserves with modern hydraulic fracturing and horizontal drilling. It has made the United States the world leader in producing the oil and natural gas that drives modern economies. Gerard:

America’s ability to become a global energy leader in less than a decade is the result of market-driven innovations and private sector entrepreneurial forces and these gains and tangible benefits to consumers underscores what’s at stake when it comes to our nation’s energy future.

Oil and natural gas touch our lives in countless ways, every day. Here are just a few:

Oil and gas are key components in lifesaving medical equipment and technologies, from artificial limbs to implantable devices such as heart valves. The nation’s largest 3,400 hospitals use more than 5 percent of the energy consumed by the entire U.S. commercial sector. They’re raw materials used in many pharmaceuticals, such as antiseptics, antibiotics and coated pills that work on a time-release basis. There are too many to mention, but just consider the ability to safely save leftovers for the next meal – thanks to plastic containers and plastic wrap. Both are made from petroleum. Likewise, everything from lip balm and lipstick to paints and cleaning supplies include components derived from petroleum. 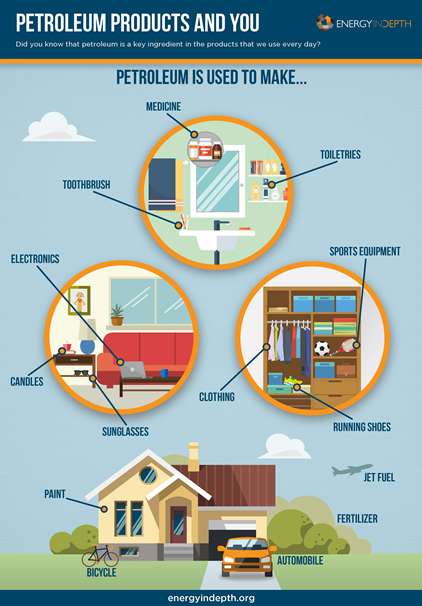 Likewise, the advanced polymers and plastics that go into bicycle helmets, moisture-resistant clothing and fitness equipment are made from oil and natural gas. Modern playground equipment is being made from recycled plastic and other materials that come from oil. The shredded vehicle tires used to form a softer, safer playground surface are made with petroleum derivatives.

Anything that’s planted, grown and harvested is produced using equipment that runs on fuels made from petroleum. Natural gas accounts for more than 95 percent of ammonia tonnage, a key ingredient in fertilizers. 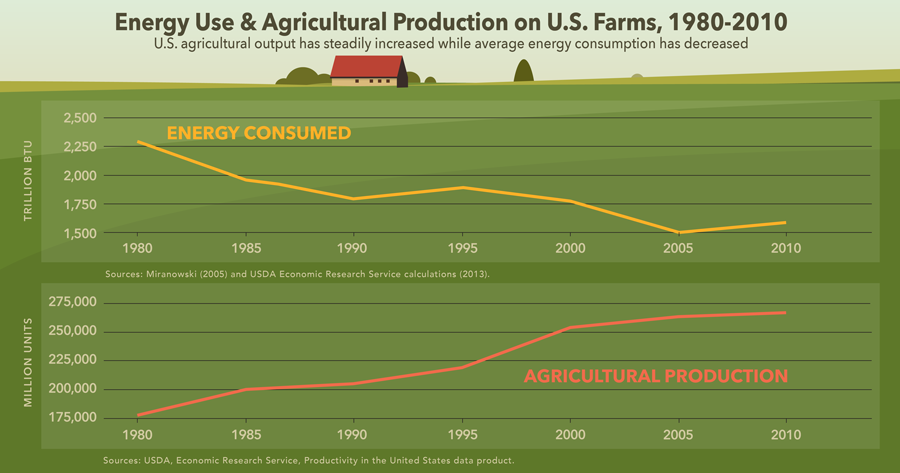 Again, just a few examples to illustrate the point that energy from oil and natural gas is all around us in ways well beyond gasoline and diesel fuel. The continued safe and responsible production of oil and natural gas is essential for the modern lifestyles we enjoy, and this hinges on energy policies that determine whether America’s energy renaissance goes forward. Gerard:

... [T]he policies our elected representatives choose and the actions they take today will determine whether this nation’s 21st century energy renaissance endures and delivers the energy, economic opportunities and national security through global energy leadership that Americans today and in the future deserve.